It’s time to look back at yet another show from the earliest days of Channel 5 that fits into the “it wasn’t that successful, but at least they tried” category. When Channel 5 launched in 1997, they had a stripped schedule (a bold move at the time), meaning that a show of the same genre would be in the same timeslot every weekday. These included soaps (Family Affairs), late-night comedy (The Jack Docherty Show), and game shows (Whittle).

One of the shows that was at the core of the afternoon schedule that would turn up from Monday to Friday was 5’s Company, so called not only because it was on Channel 5, but also because it had five hosts, they could barely fit all of them on the stage. 5’s Company (a Thames production, or what passed for Thames by this point) was shown live on weekdays from 2pm-3:30pm.

The five hosts for every show were chosen from a pool of about eight or nine who rotated, and some who went on to bigger things, including John Barrowman and Nick Knowles. Also among the hosts were Paul Roseby, Rhodri Williams, and Steve Allen, who was at the time (and indeed still is) a long-serving host on LBC radio (usually at around 4am), and this seemed to be an attempt to break into TV.

5’s Company was a show that was a mix of celebrity guests, entertainment, and music, described as “a pleasure post-lunch potpourri”. It also featured a live studio audience, and plenty of famous guests. There would also be games played, comedy routines, musical performances from pop stars, and a phone-in competition for viewers at home. The guests would also be encouraged to join in with the features and there were some rather amusing moments (usually featuring Steve), you didn’t know what would happen next. 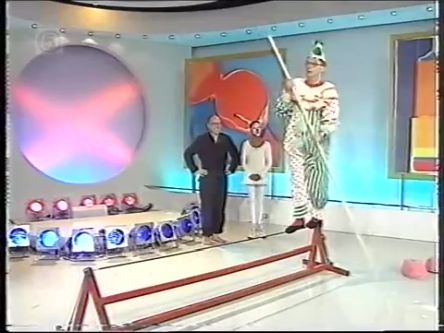 I suppose that 5’s Company can be described as the closest equivalent on Channel 5 to a This Morning-type show. Indeed, as well as being shown in the afternoon, it also returned later in the day as 5’s Company Late Extra, but not really because of popular demand, it was simply to fill the awkward ten-minute gap between the end of a film and the start of the evening news. 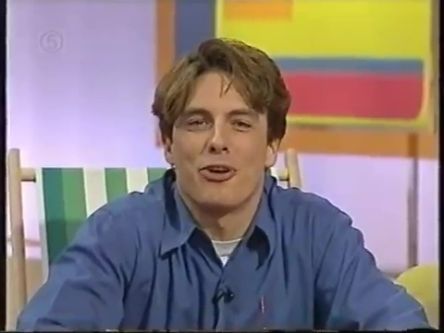 5’s Company went off for a Christmas break at the end of 1997, and I don’t remember it returning in 1998, instead it was replaced around this time by the similar Open House which occupied the afternoon slot for a year or two. It seems that the show doesn’t even have a Wikipedia entry, but I definitely do remember watching it, and surprisingly there are rather a lot of clips of the show online. As I said at the start, it’s a shame that Channel 5 don’t put more effort into making some original shows for the afternoon timeslot now.