I have decided to include this one partly because it is a rather curious and rare case of being a “double one-hit wonder”, in that it was the only hit single for two different acts over a decade apart. The first version of “Right Before My Eyes” was released in December 1989, just sneaking into the increasing dance music craze of the late-80s, and this reached only no. 69, it’s a shame that it didn’t do better.

This was by Patti Day, who seems to be someone who is rather elusive (the song has a Wikipedia entry, but Patti doesn’t). The only piece of biographical information that I could find out about her is that she is an American singer. And that’s it, really, there really isn’t much more than that. I couldn’t even find a video or any TV appearances. It seems that she did release a lot of singles in the late-80s, and this was taken from her first album “Love Crazy”. The first time I came across this one though was the cover version released in April 2000 that reached no. 12 and had something of a UK Garage makeover.

This was by N ‘N’ G Featuring Kallaghan And MC Neat (who did have a few more big hit singles around this time with his mate DJ Luck, but I don’t know where he was on this day), and there were some additional lyrics. I did really like this one, being into UK Garage at the time, although I didn’t realise at first that this was a cover (or that this was originally released in 1998 but wasn’t a hit until it was remixed). And yes, they did do Top Of The Pops. 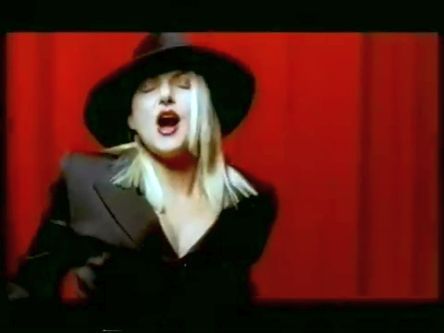 I must admit that I do sometimes get the original version mixed up with Kayira’s “Let Me Love You For Tonight” (that also featured in this series recently). That’s because they’re both great dance singles from 1989 by American singers who should’ve been much more successful. The cover was released in a year when I was really interested in the singles chart (that was also at its fastest moving), and although there are a lot of contenders, it’s definitely among my favourite hits of 2000.

I’m still very fond of this one, as I’m sure lots of other people are, and there has been at least one more cover of “Right Before My Eyes” since that I really liked, by Little Nikki in 2014, but that one wasn’t a hit. It does prove though that whatever genre it’s in or whatever year it was released, you can’t really go wrong with this one. Maybe when they play this in the clubs, the crowd say “re-rewind” or something.