This is yet another animated show that was on CITV regularly throughout the 80s, but this one actually wasn’t a cartoon, it’s a claymation. It seems that someone got a job-lot of blue Plasticine one day and decided that they might as well do something useful with it. The Trap Door was a rather spooky series, containing an element of horror and centring on some rather strange things such as creepy crawlies.

The show was set in a big old castle. The main characters in The Trap Door were Berk, a big blue thing, who was the servant for The Thing Upstairs, who was never seen, but often demanded food, especially his breakfast. Berk would often get frustrated by all of this, leading to him saying his catchphrase “oh, globbits!”. There was also Boni, a small skull who watched on with horror as all of this happened, and Drutt, a small spider-type thing. 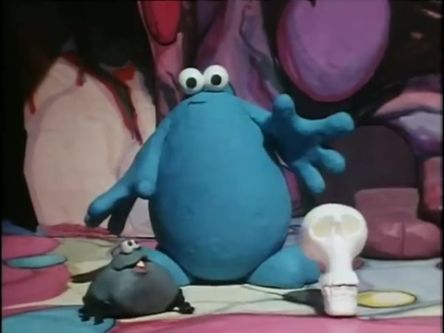 The majority of the voices in The Trap Door were provided by Willie Rushton. Now Rushton was famous for a lot of things in his career, including being a cartoonist and a satirist, but he also had a great voice and used it very well here, providing Berk with a south-west accent, and Boni sounded much more posh. Drutt never spoke but made some appropriate squeaking noises. 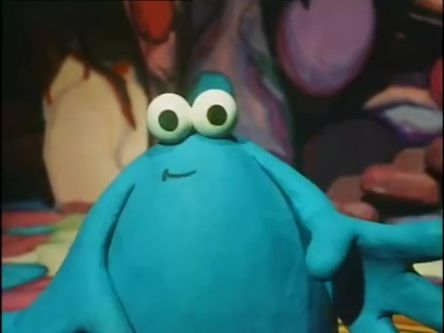 Most episodes consisted of Berk finding a rather unusual creature lurking underneath the trap door who would cause all kinds of chaos, while little multi-coloured worm-type things wriggled around. Another thing that was memorable about the show was the opening and closing themes, that included a rap and went on to be released as a single, although I don’t think that it was a hit.

There were 40 episodes of The Trap Door made, and they were all about five minutes long. Some of them were shown during the CITV afternoon strand, but some of the later episodes were shown in the early-90s during the excitement of the Saturday Morning show Ghost Train, and this is where I remember watching most of the episodes for the first time. 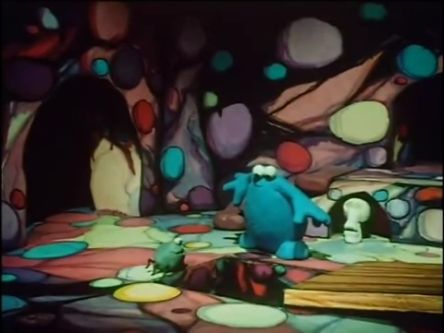 The Trap Door has gone on to be repeated on several channels in more recent years. All of the episodes were released on VHS, and in what is still rather a rarity for children’s TV shows from this era, all of the episodes have also been released on DVD, hooray! Also among the merchandise that was released in the 80s were some computer games, and even a board game which I didn’t have myself but seems a lot of fun to play.