This is someone who had a rather varied career in TV. Jeremy Beadle might be remembered now by most people as a prankster, but I was always more interested in his game show work. He started out in radio as a host on LBC, and he was also working behind the scenes on various shows, including devising formats and compiling questions.

He first really became known in the early-80s for being one of the hosts of ITV’s Game For A Laugh, and this led to other successful shows including Beadle’s About and People Do The Funniest Things. But the first game show that I really remember him on was Chain Letters, this was the long-running word game, although he only hosted the first series.

This one had the honour (?) of being the first to feature in ITV’s 9:25am game show slot, which ran for about a decade. Going into the late-80s, he hosted a few more game shows, including Born Lucky, and It’s Beadle, although I don’t remember watching either of them, and it could be argued that some people weren’t hugely fond of his shows. But in the early-90s, one of the most popular shows of his career launched.

You’ve Been Framed! really began the craze for shows featuring “home video howlers”, as they were always described in TV magazines. Although this wasn’t a game show as such, in the early series the studio audience would vote for what they thought was the funniest clip of the show, which would win a cash prize, leading to a grand final, where the overall winner won a bigger cash prize.

I remember that in the mid-90s he returned to the radio for a late-night show, and I stayed up past my bedtime to listen to his thoughts on quirky subjects. By the late-90s though, he had left You’ve Been Framed!, his other shows including Beadle’s About and Beadle’s Hot Shots had ended on ITV, and he wasn’t seen on TV so regularly after this.

His next show was Channel 5’s Win Beadle’s Money, where contestants had to beat him to win a cash prize supposedly from himself. As he was something of a trivia buff, this wouldn’t as easy as people might’ve first thought, and there was usually a close final. In the early-2000s, he took part in Banged Up With Beadle, which featured in the first series of Saturday Night Takeaway.

He had been locked away, every week someone would join him, and they would live together and have to learn a task which they had to perform on the live show to win a prize. It was a shame that he never really got the opportunity to launch the next stage in his career, some think that he could’ve gone on to host various documentaries where he could show off his knowledge and enthusiasm.

You’ve Been Framed! has now been going for 30 years on ITV, and it has become well-known for its “home video howlers”, but the peak of its popularity was in the 90s, when the host was Jeremy Beadle. So in 1994 the decision was made to turn the show into a board game. This would come with a 90-minute VHS, where Jeremy would host the game (not in the studio, but seemingly in his front room), explain how to play, and much more.

The game came with various things. Along with the actual board, there were lots of cards, dice, and so on (don’t drop them everywhere), and up to six players could take part. I don’t know how many people really did play the game along with the video, but it was designed to get the maximum entertainment out of the experience. Now I know a little about this, because I used to have the board game myself and remember watching the video.

First of all, are all of the pieces there? They include the Hee-Hee and Oh-No cards, plus the Fast Forward spinner, counters and camcorders. The basic idea was to roll the dice, go around the board, and the player who didn’t have a camcorder at the end was the winner. People would play the game while the You’ve Been Framed! theme played in the background, and I hope you like it, because you’re going to be hearing an awful lot of it. 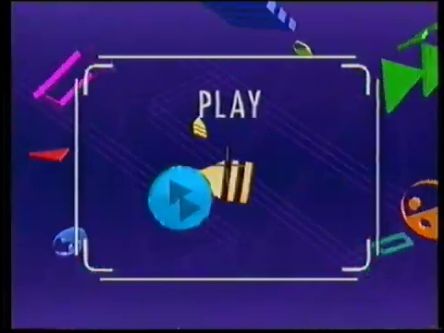 When the hooter went, it was time to stop playing, and Jeremy would give another instruction. He would also introduce the Comic Clips, and there 21 of these segments, all recycling videos that appeared on the show, and I am rather familiar with a lot of these because I was a regular viewer at the time, and even taped some editions. All these years on some of these are still rather amusing.

Most of these segments were themed, and after they were shown, a question would then be asked about what happened, so everyone had to be closely observing, as they had 15 seconds to answer. The idea behind the Fast Forward part was that players would spin the wheel to determine a double-digit amount of spaces that they could move, and again there was a clock on this. 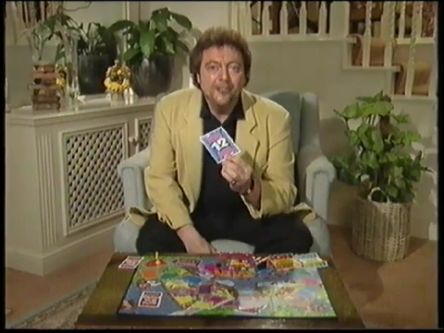 Wherever would people land? Would everyone be able to keep up with the pace? At the end, the player who didn’t have a camcorder was declared as the winner. If you didn’t win though, it didn’t matter too much, because you could start again and play the game as many times as you wanted, meaning, as Jeremy always said, next time, the star of the show, could be you.

I know that of course this show isn’t particularly obscure but I’d still like to share my memories. In the 1980s, the late Jeremy Beadle hosted shows such as Game For A Laugh and People Do The Funniest Things which featured members of the public in lots of unexpectedly funny moments.

The idea with You’ve Been Framed! would be to feature mishaps that were captured on camcorders, or, as they were always described in the publicity for the show, “home video howlers”. Jeremy Beadle was picked to be the first host of the show, which had two one-off episodes in 1990 before getting its first full series in 1991.

The format of the early series would be that Jeremy would introduce various clips and indeed a lot of them were very funny. He would also talk to a few people who featured in the clips about what happened, and there would be a competition at the end where three clips would be nominated and the studio audience had to vote on which one they thought was the funniest in the show. In the final episode of the series the five winners competed against one another to be voted the overall funniest clip of the series and win the star prize of £5,000. 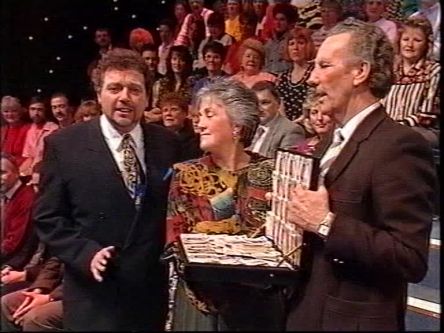 You’ve Been Framed! was shown on Sunday evenings and became popular very quickly, with £250 promised for every clip that was shown, which is why so many people followed the advice to “bundle it off to Beadle”. A VHS was released of some of the funniest moments and there was also a board game which I used to have.

Around 1994 the format changed. There would no longer be a competition element to the show and the studio was redesigned to make it look as if it was coming from a big house. As well as more funny clips, Jeremy also appeared in a few silly sketches between them. In the mid-90s the show was achieving really big ratings and even beat Coronation Street once to become the most-watched show of the week in Britain. 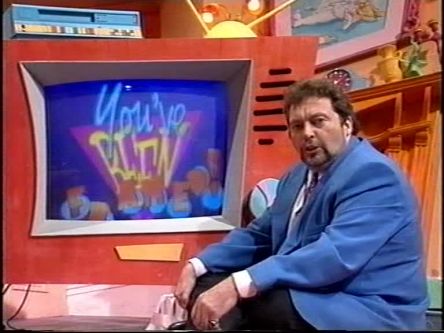 In 1997 Jeremy Beadle hosted his final series, and for me the show has never really been the same since. Lisa Riley replaced him as host, before one series wonder Jonathan Wilkes came along. Harry Hill then took over as the out-of-vision host. He did manage to breathe some new life into the show, making amusingly odd comments about the clips and helping the show move with the times with viewers now encouraged to send in clips that they had captured on their phones.

Almost 25 years after its debut, You’ve Been Framed! remains a main part of ITV’s schedule, whereas the BBC equivalent Caught In The Act only lasted one series in 1992, and there have been many themed specials as well as the regular episodes. I suppose that as long as people will continue to fall over, it will be funny. That’s why people still want to follow Jeremy’s advice after all these years that if they send in their clip “the star of the show could be you”.