Let’s start the year by taking a look at my ten most viewed blog pieces from last year, to see exactly what people were most interested in out of everything I’ve done. However, none of my top ten were actually published in 2019, as some older pieces remained popular. Here’s what they were… 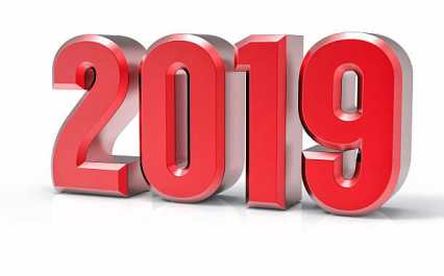 The mid-90s CITV horror game show that was hosted by Steve Johnson still has a big fanbase it seems, although people do often mix it up with the similar CBBC show Incredible Games, which was great too. 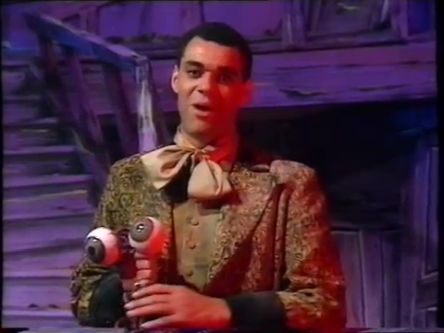 My piece on this show actually wasn’t focused on what it was about, partly because it’s well-known and still going, and it’s about to reach the 21st anniversary. I concentrated more on the publicity surrounding the launch of Family Guy in the UK when it came to Sky One in 1999, and unsurprisingly it was sold as “if you thought The Simpsons were dysfunctional, just wait until you see this lot!”. 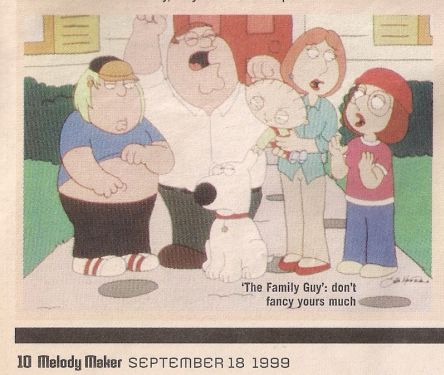 Again, this show is so popular I didn’t really need to do a piece explaining its premise, so instead I did two pieces revealing my ten favourite one-off characters, the first of which has done very well. 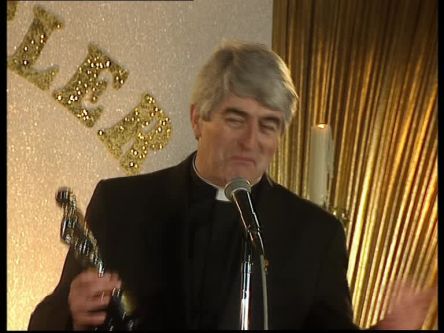 Although I am not hugely interested in weather forecasts, the characters that were used to introduce them on ITV in the late-90s called The Weathergens was a remarkable piece of TV presentation. I decided to analyse each one, as I had a feeling that this piece would be consistently popular, which turned out to be correct. 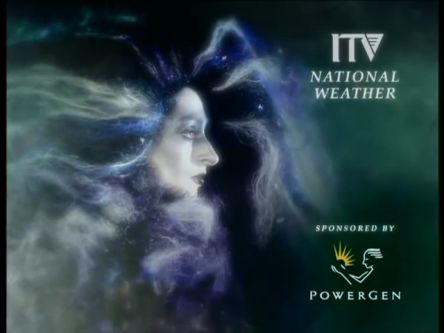 The zany CBBC sketch show from the mid-2000s. When I was putting the piece together, I realised that about a decade on some of the sketches and their catchphrases had acquired cult status, which must be why a lot of people were attracted to this one. 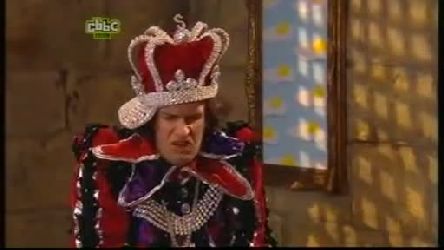 This is actually my most-viewed piece of them all (and I have now done almost 900). I’m not sure why this 90s game show with Des O’Connor is so popular, but it’s pleasing to know that people have enjoyed it. 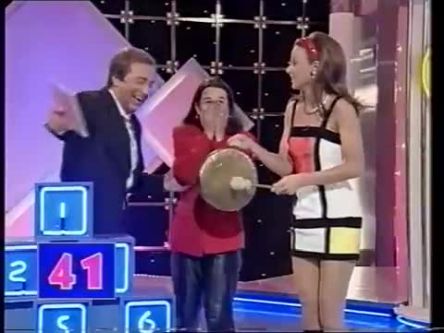 My piece on the long-gone Channel 5 soap has done very well recently. Again it’s proof that you can never tell what’ll become a success. Maybe people really like my anecdote about someone who I went to school with being in the cast for a while. I wonder how many other people can boast about that. 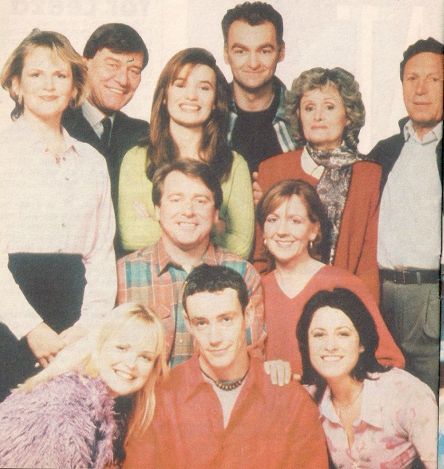 I am always hoping that people will take interest in my pieces, and they will attract a bigger audience by people spreading the word. I noticed that my piece about CBBC’s The Nelly Nut Show had been linked to in a Buzzfeed article about children’s TV which gave it a big boost. And anyway, it’s just a great show, plus someone who was in the cast replied as well, and I was really pleased about that. 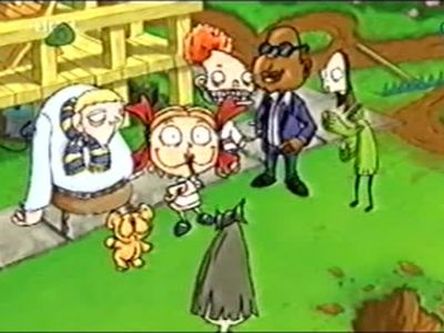 This is one of the few game shows that I have reviewed that is actually still running on TV. Every time there is a big win on the show, there is a surge in views for the piece from people who have done an online search to discover what the largest amount ever won is, and it’s flattering that most of them turn to me. 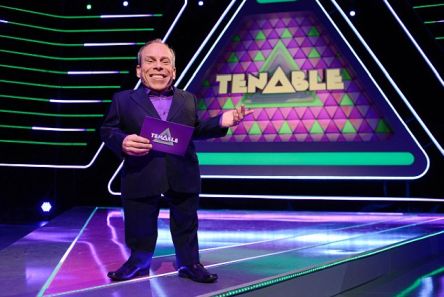 1. A RETURN TO THE MYSTERIOUS WORLD OF DANIELLE DAX

When I decided to set up this blog five years ago, it was mostly to share my memories of game shows, children’s TV, and sitcoms. It never really occurred to me to do much about music. But since the Bananarama incident, I wanted to discover some more pioneering women who made music in the 80s. So I did a piece about the career of the remarkable Danielle Dax, and then I did another to coincide with her 60th birthday in 2018. Despite that, I did feel that it was too niche a subject to have that much mass appeal. But would you believe it, by some margin it became my most-viewed piece of 2019 (with almost 600 views), and it’s now my second most-viewed piece of them all, only behind Take Your Pick. One odd thing I have discovered about her since doing the piece is that her song “Flashback” was used as the theme to BBC2’s coverage of Crufts in 1996. I am really thrilled at the interest in this one, Danielle is a star and it’s good to know that lots of people around the world are still fond of her. That really is fantastic. Why don’t you let me know your favourites too? 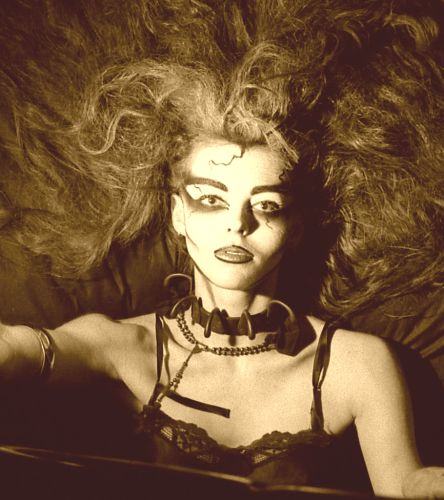 This is a piece that I wasn’t sure about doing at first, but then I decided to go ahead. Here’s the story. Although I do like to take notice of the bits between the programmes, one area of TV presentation that has never really interested me that much is weather forecasts. Although the graphics and technology on various channels has evolved over the years, and there have been several memorable forecasters, I’ve never really thought that it was worth writing about, partly because such things do seem to have something of an awkward reputation online.

This is because there seems to be a small core of people who are mildly obsessed with old weather forecasts, seemingly needing to know what ident was shown on what day, and they probably often also ponder what Martyn Davies had for dinner before he hosted the forecast after News At Ten on 10 November 1998, and so on. However, watching some old news and weather clips online recently, I couldn’t help but be struck by a piece of weather presentation that all these years on still looked so creative and impressive to the point that I think it is worth documenting it. These are… the Weathergens.

In February 1989, ITV launched their National Weather service, which was sponsored by Powergen (one of the earliest shows on British TV to have a sponsor). In 1993, some idents were introduced to be shown before every forecast that represented the mood and weather of what was planned for that day. These were very good, but in November 1996 they were replaced by the Weathergens. There were a dozen of these remarkable characters created featuring in a 15-second sequence (including a couple of minor variations) before every weather forecast on ITV, accompanied by an equally atmospheric soundtrack. They were designed and produced by Lambie-Nairn and The New Renaissance Company. Over 20 years on they still look hugely impressive and definitely stood up to constant showings. Here’s a review of all of them… 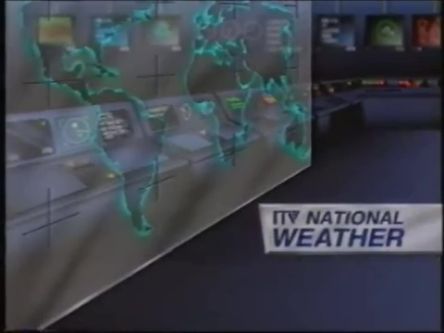 Aurora. This brightly-coloured one represents sun and hot weather so it wasn’t shown very often (joke).

Brellina. Possibly the most famous of the Weathergens, mostly for the “how did they do that?” element to it, where a woman has water shoot out of her head on a mountain of umbrellas to represent rain. There was also a variation of this one for stormier weather. I have also noticed that a lot of online commenters have described this one as “kinky”.

Crystella. This one stars a rather glamorous-looking woman who has become a snowflake and cloned herself to fall gently from the sky.

Cyan. This is a variation on Gilda, who turns around to reveal a blue-tinted woman, seemingly representing the sun going down, and the colder nighttime weather taking over.

Frice. This one represents frost and ice, it must have been shown a lot at the start of the year.

Florta. This is an autumnal one featuring a young woman who rather unhappily loses the leaves on her head.

Gilda. This one represents the sun going down and being replaced by rain. This was one with another stormier variation.

Helios. This one represents the sun poking through clouds, as illustrated by a big shiny head.

Mirka. This one represents mist and fog. I suppose that after watching these again all these years on I would have to say that this is my favourite of the Weathergens. This is because these idents are a rather unexpected source of what if you have read some of my pieces on pop music you might realise I seem to be a fan of – rather spooky-looking women with big hair wearing too much make-up.

Nimbella. This one represents rain and overcast weather, featuring some rather alarming eyelashes. This was another one with a stormier variation.

Norwin. This is another moody one that represents wind, which seems to mean bad news for owners of bowler hats. Again, there was a stormier variation of this one.

Shivra. I have noticed that a lot of the comments about these Weathergens online are “these used to scare me as a child”. Well I was never really that scared of them, although I do think that this one is probably the weirdest of the lot, featuring a shivering blue-faced boy representing the cold.

In October 2001, the Weathergens (following a few re-edits) finally left the screen after almost five years. I definitely think that they remain among the best collections of idents that I have seen. I do try and keep away from “so much better than nowadays!” and “why won’t they bring it back?”-type comments on here, but there really doesn’t seem to be any TV presentation as striking and lavish as this now.