In one of my previous pieces on here I reviewed ITV Sport’s Results Service, the show on Saturday afternoon where they featured the football results. Now it’s time to review the BBC’s equivalent Final Score which was shown as part of Grandstand for many years. The example I’m using was shown on 21 March 1992 and uploaded to YouTube by “BiroWyb2” so credit goes to them. 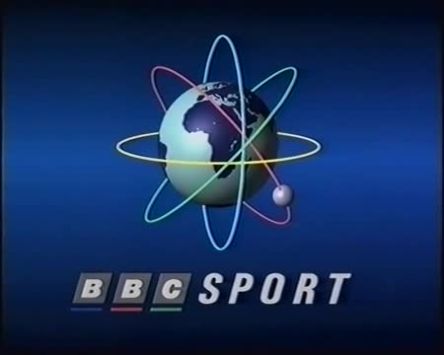 Saturdays always seemed to be exciting on BBC1 when I was younger. After the CBBC Saturday Morning show ended after over three hours, you’d then get about five hours of the latest exciting sport action in Grandstand, followed by lots of great primetime entertainment shows. Grandstand ended with the segment Final Score, which featured the day’s football results. It was usually hosted in the 80s and 90s by Desmond Lynam, Bob Wilson, or, as in the example I’m using, Steve Rider, and all of them handled this fast-moving segment of the show well.

The style in which the results were received was of course distinctive and memorable. In the early days of the show the teleprinter was used, but as technology advanced, the computerised vidiprinter was introduced. I am sure that lots of people will remember the late goal flashes and results scrolling on the screen and the weird veep-veep-veep noise that accompanied them. There were also reports from the ground from the likes of Tony Gubba as the matches reached their conclusion. Come on Tony, just when we need you…

A lot of people used to watch to discover the fate of their team and their rivals for that week. One of the most memorable things about the vidiprinter was when a team scored seven or more goals in a game the number was also spelled out. As far as I know, the highest ever score to appear was a Scottish Cup match in December 1984 that finished Stirling Albion 20 (TWENTY) Selkirk 0.

Once enough results had come in it would be time for the classified check. Cue every other comedian having a “why are the results classified if they’re public knowledge?” routine. They would be read out by Len Martin or Tim Gudgin and they could both do that thing where you would know what the result would be just from the tone of their voice.

Then it’s time for a look at the league tables. What with this being near the end of the final season before the Premier League came along in England, there aren’t many games left to play. Will Leeds become the champions? It’s possible. Also featuring in the relegation zone are Luton and Notts County, who did go down, and they haven’t been back in the top flight since.

There would also be a look at the pools news, so get your coupons ready to discover those all-important score draws. The results carried on being reported like this until the end of the 2000-2001 season, at which point Final Score became a programme in its own right and the technology was modernised. After Grandstand ended in 2007, the show continued and can now be watched for the whole afternoon on the red button.