This is a sitcom that I didn’t see that much of at the time, which is a surprise as I realised that it is the kind of show that I usually enjoy, so I soon caught up and discovered that it was one of the better comedy efforts from Channel 4 around this time. Toast Of London was co-written by Arthur Mathews who was also behind other memorable comedy shows including Father Ted and Big Train, so it was clear that this was going to be something a little different.

The show starred Matt Berry, someone who has appeared in various comedy shows including Garth Margenhi’s Darkplace and The Mighty Boosh, and not too surprisingly he has done a lot of voiceover work. He has also had success as a musician and released some albums, and anybody who wants to make an album consisting of reworkings of famous TV themes that includes the LWT and Thames ident music is fine by me.

Steven Toast is an actor, he has been in the business for a long time, but he really isn’t that great at it, and he has become frustrated with his agent Jane who can only seem to offer terrible plays that get him booed off stage. He also fills the time by doing some voiceover work, but he can’t stand working with the young team, and constantly says to them “yes, I can hear you” (is that a catchphrase we see before us?!). 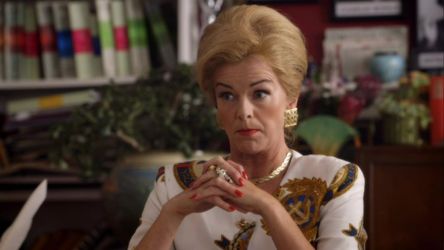 Also featuring are Steven’s actor landlord Ed, and his main rival Ray. Steven is also going through a divorce and is having some trouble meeting a new woman at the local club he attends. He has to shamble from one mishap to the next, but he didn’t spend 28 years at RADA for nothing, and he is determined that he’ll soon get his dream job and become the superstar that he has always thought he was. 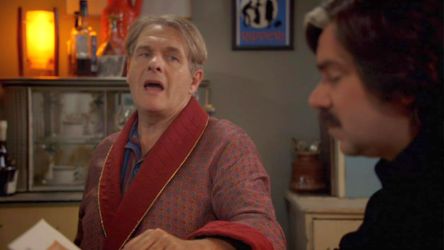 Every episode featured a creative musical interlude performed by Toast. The show also attracted some special celebrity guests, including the chart-topping singer Michael Ball, Peter Davison, and Lorraine Kelly, and by the third series they had won plenty of awards and done well enough for Bob Monkhouse to come back to life and make a special appearance.

There were 19 episodes of Toast Of London in three series. They were very well-received, and they have all been released on DVD. There are also a generous amount of extras that go beyond the usual deleted scenes and the like. And there has also been a book called Toast On Toast, where Steven shares some terrific anecdotes about some of the famous people that he has known in the business, along with plenty of advice on acting that is worth following I’m sure.