Following on from Thomas The Tank Engine, this is another classic CITV show that I should’ve got round to reviewing much earlier, I’ve no idea why I’ve sat on this one for five years! Sooty is of course a glove puppet who has never had that much to say for himself but has always been entertaining. He was created by Harry Corbett, and they made their first TV appearances together as early as the 50s.

Characters that would join later included squeaky Sweep and Soo, who was able to speak out of the three. In 1968 The Sooty Show switched to CITV, where it would continue for many more years. In 1976, Harry’s son Matthew took over as host. He already had a little children’s TV experience as he had previously contributed to Rainbow. This piece will concentrate on this era of the show. 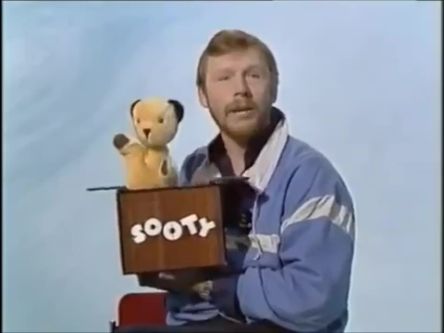 I always thought that Matthew took over as the new host following the death of Harry, but he had actually retired and lived for about a decade more. At first, the format of The Sooty Show stayed the same, where a few special guests would take part such as magicians or comedians, and there would also be a few sketches in front of a studio audience. The format that I am more familiar with launched in the early-80s.

The show was now set in a house and Matthew lived with Sooty, Sweep, and Soo, and he grew a beard with the shock of it all. Among the ways that Sooty liked to tease Matthew was by doing magic tricks, and someone had to say the phrase “izzy wizzy, let’s get busy!”. Matthew would fall for it, every single time, and usually end up being squirted with some water. Now that wasn’t very nice, was it?

All these years on, it does have to be noted that Matthew was a very good comic actor (he also wrote most of the episodes), and there were a lot of funny moments. There was also the occasional guest appearance from a celebrity. This carried on until 1992 when Thames lost its franchise, and by this point there had been almost 500 editions, but fear not, because not long after everyone returned for Sooty And Co., a sequel series that continued until Matthew’s retirement in 1998. 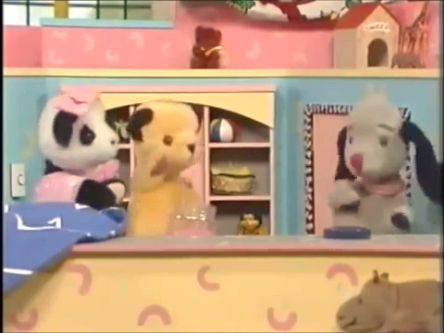 The Sooty Show was popular enough for there to be plenty of episodes released on VHS, and when he wasn’t on TV, Matthew was usually touring the show around the country. There was even a special An Audience With Sooty in 1996. Sooty has remained on the screen though, Richard Cadell took over as host in 1999 (and appeared in The Sooty Show in the 80s), for even more series on CITV including Sooty Heights, and there has even been a cartoon, but this will always be my favourite version of the show.