After having a look back at the careers of Shakespear’s Sister and Danielle Dax, I wondered if there were any more charismatic female singers with a distinctive look who made some unusual songs in the 1980s. I then remembered that there was a group who I felt fitted that description who turned out to be one of the more extreme examples of how quickly fame can come and go.

Strawberry Switchblade were a female duo who consisted of Rose “the black-haired one” McDowall and Jill “the red-haired one” Bryson who were both born in Glasgow in 1959 and 1961 respectively. They both had an interest in punk music in the late-70s and formed the group in 1981. They wrote their own songs and had some of their earliest exposure in 1982 when they recorded some sessions for various BBC Radio 1 programmes, and their first single “Trees And Flowers” was released in July 1983. It wasn’t a hit but it was well received. Around this time they also moved to Muswell Hill in London. It wasn’t until their next single was released a year later that there started to be a buzz around them. This piece will look back at their various TV appearances and music videos on YouTube because it’s a story worth telling. 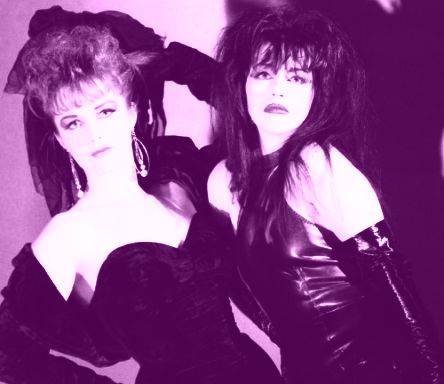 The decision was made to give their new single “Since Yesterday” which had been released in October 1984 to a quiet reception a big promotional push, and this started when in December 1984 they appeared on the cover of fortnightly music magazine Smash Hits for the first and only time. This was something of a surprise because also in this issue there was a behind-the-scenes article on Band Aid, and the fact that the pop music exclusive of the decade was passed over for the cover in favour of an almost unknown band does seem something of a curious editorial decision. It did give them a boost though, little did these self-described “scabby witches from Scotland” know that 1985 would be their year, they wouldn’t be unknown for much longer. 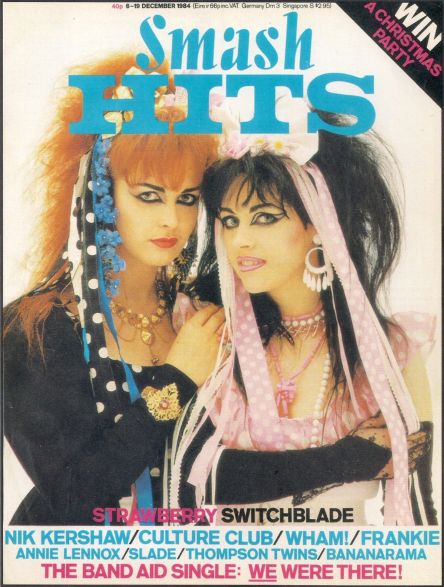 “Since Yesterday” eventually peaked at No. 5 in its 11th week on the chart and in January 1985 they made two appearances on Top Of The Pops. Unfortunately, both of these editions have been “Smithed” so it seems that they won’t be repeated and viewers will miss the chance to see their three minutes of fame on TV again, although these performances have been shown in more recent years on TOTP2 and the Goth At The BBC compilation.

They were now famous and suddenly they were everywhere, being interviewed on various TV shows including The Paul Coia Show, TV-am’s Wide Awake Club, BBC Breakfast Time, and many others, and also frequently performing this song, including one where they seemed to be stood on a snooker table for some reason. Also around this time they featured in various other music magazines including NME and Melody Maker, plus Lookin and Jackie. 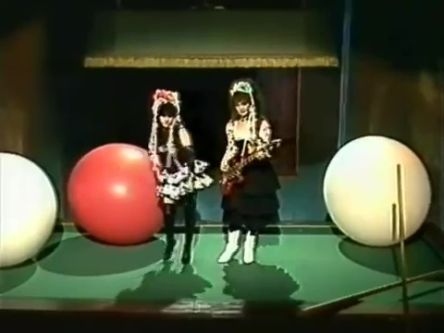 I was only 18 months old when “Since Yesterday” made the Top Ten, my first memory of seeing the video was a while ago on The Hits Video, a VHS that was released in 1985 which featured 23 music videos of the biggest hits of the year, Hits being a rival to the Now compilation series at the time. The video has also had about two million views on YouTube so clearly some people out there remember them. Of course, I do have to refer to their famous look. They both had rather long hair with multicoloured bows in it along with heavy makeup and lots of fancy jewellery, and they both wore polkadot dresses. You certainly couldn’t mistake them for anyone else, and their music stood out just as much. Because I enjoyed this song, I thought it would be a good idea to find out more about them and was I pleased to discover that I liked their subsequent singles. 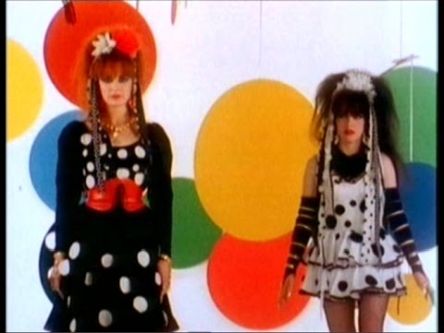 How could they follow the success of “Since Yesterday”? In March 1985, the next single “Let Her Go” was released. In the same month they appeared on the cover of weekly music magazine No. 1. Although it was seen by some as simply “Since Yesterday Part Two”, this was another good one with a fun video. They also performed this on CBBC’s Saturday SuperStore, but it reached just No. 59 on the chart. In April 1985, their self-titled debut album was released which reached No. 25.

In May 1985 the next single “Who Knows What Love Is” was released, which was a ballad with a nice video where the ladies were featured in a strange dreamy world. They performed this song on various shows, they were also interviewed on CBBC’s The Saturday Picture Show, and they even appeared as contestants on Sandi Toksvig’s Sandwich Quiz on CITV’s No. 73! However, this song reached a rather low No. 84 on the chart.

In September 1985 there was still hope that they would have another big hit when their next single “Jolene” was released. This was a cover of the Dolly Parton song. Now I must admit that Country music isn’t one of my favourite musical genres, but this electropop reworking was much more to my taste, and this was accompanied by a video that was made in Paris. They also performed this song on Channel 4 music show Bliss, CBBC’s Cheggers Plays Pop and BBC1’s Pebble Mill. “Jolene” reached No. 53 on the chart to become their second-biggest hit, but it was still rather disappointing.

Although their fame in the UK was just about over, the ladies did have some success in other countries. Although they never broke America, they were rather popular in Japan, where they released a couple more singles exclusively in that country, made a few more TV appearances, and for a short while a lot of young Japanese women liked to dress like them. By the start of 1986 though, just a year on from their breakthrough, it was all over.

It was another case of the all-too familiar story in pop music of a up-and-coming group at the beginning of the year being eager and looking forward to success, and then after having it a year later being left frustrated and with a broken friendship. After the split, Rose and Jill went their separate ways and haven’t worked together since, although they have continued to perform in various bands in more recent years, and a best-of album was released in 2005. 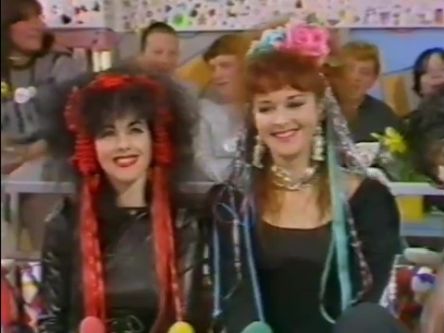 They are both still around and nowadays also have something of a presence online with various fansites dedicated to their work. Although they are all but forgotten now and they only had one Top 50 hit over 30 years ago I do think that Strawberry Switchblade were something terrifically different and their brief moment in the spotlight is one of the more interesting stories in 1980s pop music.