This is a group that actually did a “reverse dumper”, having some minor hits, and finishing off with their final hit single making the Top Ten. The RAH Band was essentially a solo project for Richard Anthony Hewson (his initials being RAH) who released a lot of singles. The first success was in July 1977 when the instrumental “The Crunch” made the Top Ten. The second and final big hit would come almost eight years later, but it would be worth the wait, as it was one of the more unusual songs of its era.

You don’t get many songs that are described as being in the “Space Disco” genre, but if they are all as creative as this one, then I’d definitely like to hear them. The video was very enjoyable too. In March 1985, “Clouds Across The Moon” was released, and this reached no. 6. In April 1985 their seventh album “Mystery” was released and reached no. 60, the only one to be a hit. 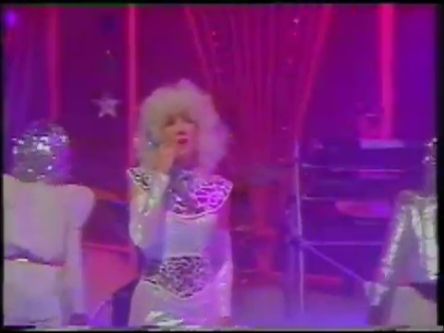 “Clouds Across The Moon” featured the vocalist (who was Richard’s wife Liz) who is trying to contact someone on Mars rather a long time into the future, but she doesn’t have much success. It’s all down to these violent storm conditions in the asteroid belt you see. It would seem that by this point a lot of people had big white curly hair, along with sparkly blue clothes. She will never know if his cold is better now. 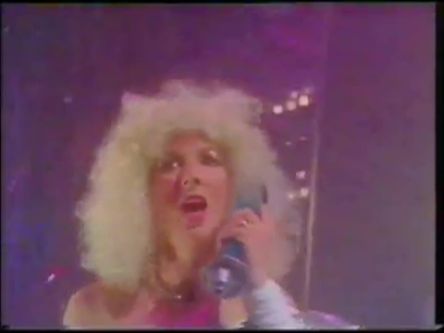 Also memorable about this one are the two performances on Top Of The Pops, which along with Liz and her phone thing featured an additional exploding robot, which is always a good way to enhance a song I feel (and would you believe it if it isn’t our old friend Albie who we previously came across in the piece for CBBC’s Tricks And Tracks, I didn’t realise he’d been around that long). 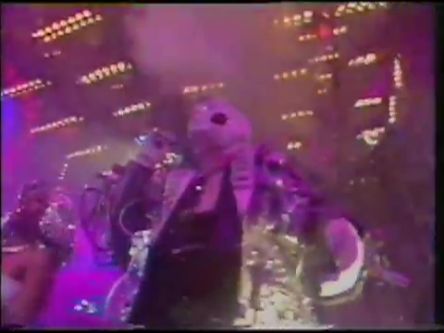 These must’ve been performances that made people say afterwards “did you see that on Top Of The Pops last night?”. This was when you really had to go some to stand out, but they managed it. Some people think that this was a drab era for the show, but not when things like this were happening. That’s one of the reasons where the show (and maybe pop music as a whole) went wrong really, too few exciting moments that were talking points.

I also like the extended version of “Clouds Across The Moon”, it’s a song that tells a story, I can’t help but get lost in the instrumental moment every time, and I’m still not sure if I’ve worked out what it’s all about. After this, The RAH Band did release some more singles and albums going into the late-80s, along with various production work, but this will always be their peak for me. It’s rather a good thing to able to say that you achieved.