Earlier in the year on here I shared some of my memories of my favourite CBBC/CITV Saturday Morning shows. These types of shows were shown on BBC1 and ITV for roughly a 30-year period from 1976-2006. Here’s a quick look back at some other Saturday Morning shows that were either before my time or after my time, or I did watch them but didn’t remember enough about them for a individual 500-word piece. There are 21 more shows to look at so this concluding piece will be in three parts. Off we go then…

The 8:15 From Manchester (CBBC, 1990-1991) You can probably guess when this was shown and where it came from. It was hosted by Ross King and Charlotte Hindle of Get Fresh fame and is most memorable to me at least for its theme which was performed by the Inspiral Carpets, and also the game show segment The Wetter The Better which involved a lot of water. Also like Dick And Dom In Da Bungalow would later do the show repeated episodes of ancient sitcom Rentaghost.

Gimme 5 (CITV, 1992-1994) After Ghost Train ended, the main cast were barely seen again, with the exception of dear old Nobby The Sheep who stayed on for the successor which says a lot really. Also hosted by Jenny Powell and waistcoats fan Lewis MacLeod. One of the main features was The Hooter Game where when a hooter went a game was played. Exciting, I know. Also seemed to come live from a cupboard in Newcastle.

It’s Not Just Saturday (CITV, 1996) A short-lived show that marked the return to Saturday Mornings of Gaz Top, who also hosted Get Fresh about a decade earlier, who hosted alongside pop star Dannii Minogue. Curiously this show was only an hour long, sharing the slot with TeleGanticMegaVision, and this show was also aimed at an older audience. After a while though its slot was cut even shorter, and the leftover half-hour was filled with repeats of sitcom Spatz which was five years old even then.

It’s Wicked! (CBBC, 1987) Another short-lived show that came from various places across the country. Don’t remember watching it myself but from online comments it seemed that the far superior Going Live! couldn’t come soon enough.

Mashed (CITV, 1997-1998) Another somewhat live straightforward pop stars and cartoons mix, only this one had the added fun of being hosted by a puppet monkey called Jarvis. How marvellous. Seemingly doesn’t even have a Wikipedia entry. 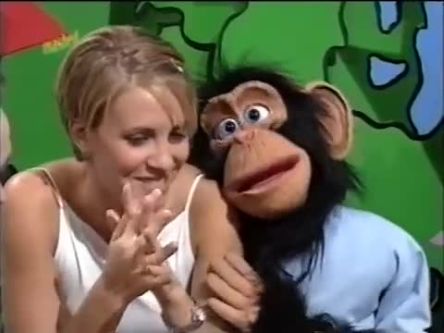 Ministry Of Mayhem (CITV, 2004-2006) One last post-SMTV attempt to get some mileage out of the crazier side of the Saturday Morning format just before the genre disintegrated altogether, hosted by Stephen Mulhern and Holly Willoughby who both successfully made the leap to hosting primetime programmes. Renamed The Saturday Showdown in its final weeks for some reason and quietly moved to the newly-launched CITV Channel before vanishing.

No. 73 (CITV, 1982-1988) A TVS-tastic long-running show featuring the likes of Neil Buchanan making some for his earliest appearances on CITV and Sandi Toksvig playing The Sandwich Game, and all kinds of crazy people dropped by. Was renamed 7T3 in its final series for no particular reason. There was also an extra edition on Sundays which was stretching the idea somewhat. 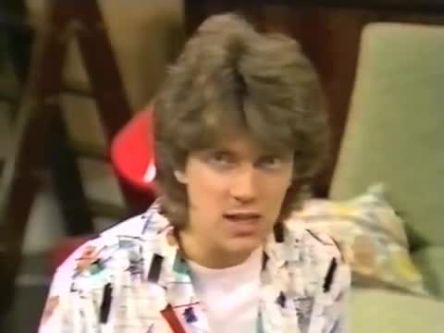 The second part of this piece is coming soon…