Countdown is a show that has always liked to acknowledge its anniversaries and milestones, and in July 1994 there was a special to celebrate the 1,500th edition (although it was actually the 1,523rd edition). As always, Richard Whiteley was the host along with Carol Vorderman. As it was a special, it was a 45-minute edition that was the equivalent of a grand final, where two of the most successful contestants returned for another letters and numbers challenge.

Well who would’ve thought they would get so far? And they didn’t realise at the time, but Countdown would still be going after almost 37 years. This would be a great way to start the new series. The two contestants were Gareth Williams and Allan Saldanha, who have 22 wins between them (Allan was also a finalist in the Supreme Championship that took place a few years later). This is going to be one humdinger of a contest. 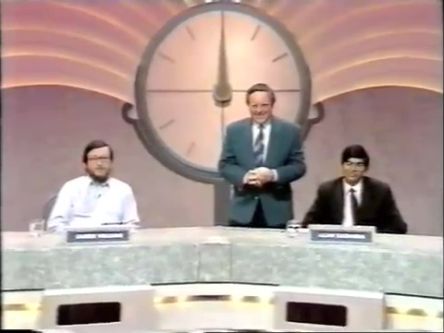 But before all that, there’s a look at Carol’s first-ever numbers game from November 1982. In Dictionary Corner is Denis Norden of It’ll Be Alright On The Night fame, someone who I’m sure was very grateful about how many cock-ups Countdown contributed to the show, along with Mark Nyman. It is also pointed out that the contestants are keen Scrabble players and have had lots of success in that area too. 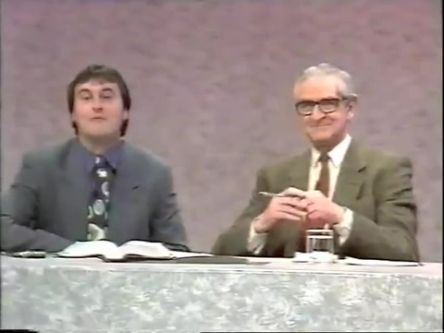 The action finally begins with the first of the 14 rounds. But their words in round two are both disallowed! Then there’s a tough numbers game when Allan doesn’t pick any big ones. Then there’s more shock when in another round their six-letter words are disallowed as it’s actually a five-letter word. Allan then takes the lead with an eight-letter word, but Gareth is now in front after a good numbers round. Allan then gets the first of the two conundrums. 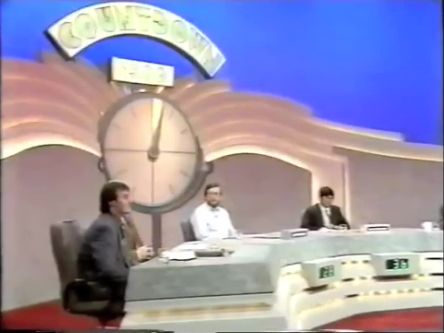 Then there’s more success for Allan with some good words. After lots more numbers rounds, Allan is now 25 points ahead. Then there’s another eight-letter word found, and an amusing moment when Denis spots that the letters A, S, P, E, and L are among the selection, so Richard is made to think that it’s a clue that Michael Aspel is about to announce he’s going to be on This Is Your Life. “That’ll be the day!” laughs Richard, although I think he really did get the Big Red Book treatment a few years later. 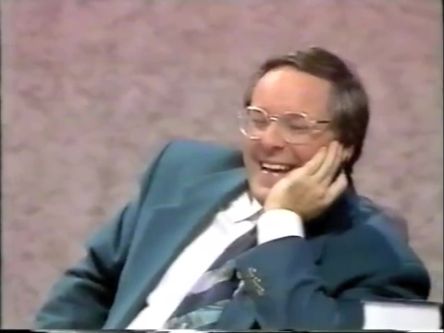 There’s an indication of the high standard when a nine-letter word is found by both contestants. After one more numbers round, Allan gets the final conundrum and wins 99-62. Both contestants are then given the prize of a certificate as a token of thanks for taking part. We then finish off with a quick look back at the way they were, with Carol’s remarkable 80s fashion sense being a particular highlight. What a great occasion. 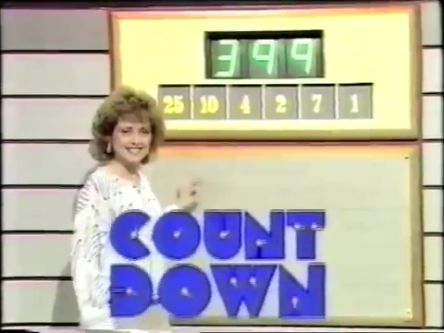