I have already written on here about most of the comics that I used to read when I was younger now, so I decided that I should start to write about any comics variations and spin-offs that I used to enjoy too. I was thinking about sharing some memories of annuals, when I remembered the collection of Comic Libraries that were released by The Beano and The Dandy throughout the 80s and 90s.

Comic Libraries were 68-page A6 books that were extended stories featuring various characters from The Beano and The Dandy. The series launched in 1982 and there were two stories released every month, originally priced at 20p, meaning that by the time Comic Libraries ended in 1997 over 340 stories had been released for both comics. These stories were not in full colour, some of the pages featured a red tint on them and that was it. 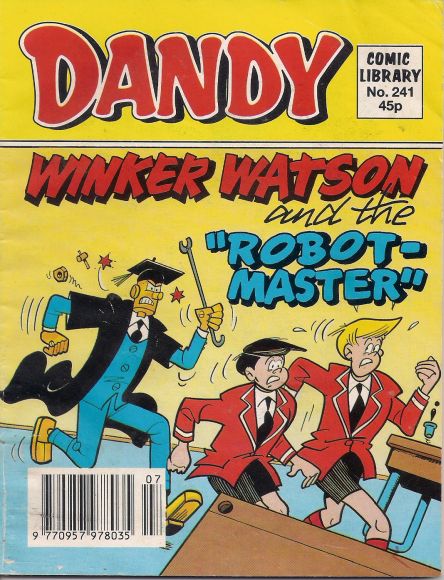 I don’t have a big collection of Comic Libraries myself but looking back just about all of the major characters of the time were given their own adventure, including Winker Watson, Cuddles and Dimples, Bananaman, Dennis The Menace and many others. Occasionally characters from other DC Thomson comics such as The Beezer took part too including Baby Crockett. 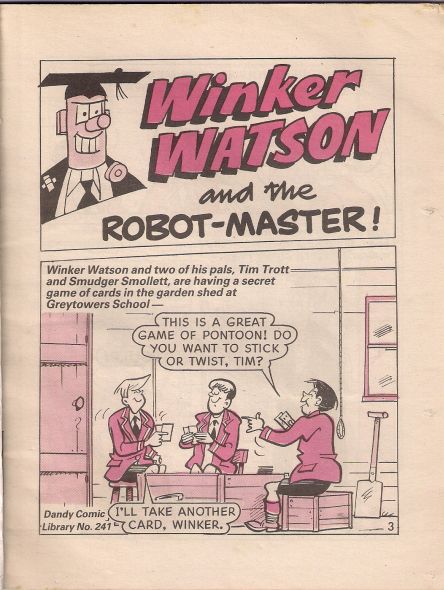 One thing that I liked about the Comic Libraries were the special spin-offs. There was also the Beano Puzzle Book series, where various characters set challenges such as wordsearches and crosswords. And there was the Dandy Cartoon Book series, which featured short strips with lots of characters. These were released less frequently than the Comic Libraries series but there were still almost 90 editions published of both and they were very enjoyable. I remember that The Beano and The Dandy also occasionally gave one of these away as a free gift. Every time some new Comic Libraries were released they were frequently advertised in both comics. 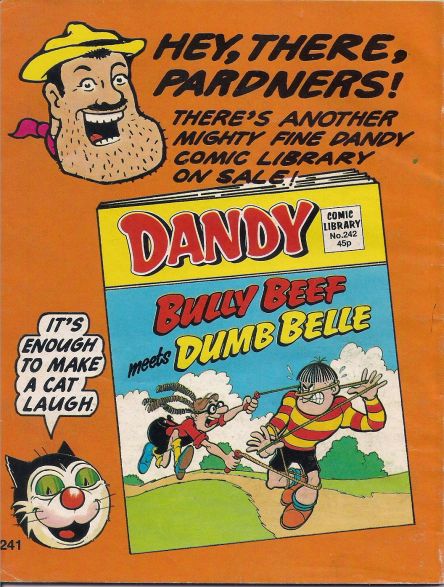 By 1997 Comic Libraries were relaunched as a new series called Beano Fun-Size and Dandy Fun-Size. These carried on in the usual way with extended stories, although the pages still weren’t in full colour. By the end of the run though the stories were mostly reprints and as sales fell the series ended in 2010, meaning no more pocket sized fun for us. 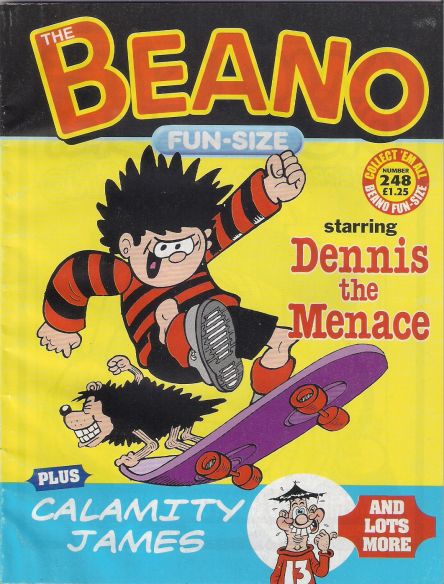