I can’t resist it, I’m going to take a look back at another song by a dance production group, and that’s because this is another one that I really liked at the time and I feel is worth featuring. Chocolate Puma were a Dutch production duo who had released singles under various names, and they had a UK Top Ten hit single as early as 1993 with “Give It Up” (which was sampled on Simply Red’s 1995 chart-topper “Fairground”), at which point they were known as The Goodmen. This was also a minor hit in America.

In March 2001, as Chocolate Puma, “I Wanna Be U” was released, and this reached no. 6, so I suppose it could be said that this was actually their second UK Top Ten hit. Now 2001 was a year that for me was packed with really great dance singles on the chart, although I was in my mid-teens at the time, when I was really into pop music, but this one still managed to stand out more than most. 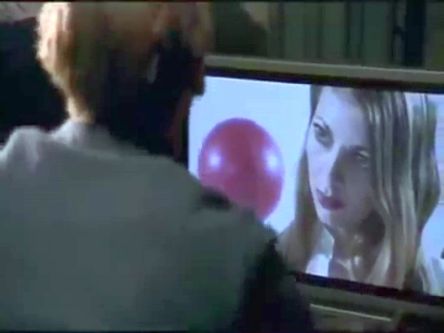 This is partly because of the rather bizarre video, that I remember watching on MTV and is difficult to describe, although I did get something of an 80s vibe off this, and you should know how much I like 80s pop culture by now, wherever the references might turn up. There was some chocolate involved too naturally. They went on to have another Top Ten hit in 2001 under the alias Riva, with “Who Do You Love Now?”, featuring a guest vocal from Dannii Minogue.

About a year on from their success, In May 2002 “Follow Da Leader” was released by Trinidad & Tobago duo Nigel And Marvin, and this was essentially someone shouting over the instrumental of “I Wanna Be U”. Although I thought this was far inferior, this reached no. 5, meaning that this went one better than the original, which is something of an injustice for me, even if it was good to see this unexpectedly return to the Top Ten in some form.

Fans had to wait a rather long time for the follow-up under the Chocolate Puma name though, and over five years on from their big moment, in August 2006 “Always And Forever” was released, and this reached only no. 43, and that was that. In more recent years Chocolate Puma (or whatever they’re called now) have gone on to release many more singles, although none of them have been a hit in the UK, and they are also much in demand remixers.