One thing that I find interesting about TV presentation from the 80s is when all of the 16 ITV regions changed to using a computer-generated ident, especially had many had barely changed their look since the introduction of colour in the late-60s/early-70s. Every region did this at their own pace, with all of them eventually getting a shiny new look from around 1985 to 1989 (BBC1 had already upgraded to their “COW” symbol in February 1985). Some regions kept their familiar symbols, while some took the opportunity to launch a new image altogether.

I will determine the launch on when the main ident was changed, even if computer-generated imagery had been used in locally-shown trails before this. It also reminds me that when frontcaps were abolished at end of 1987, the function of an ident in most ITV regions wasn’t to introduce the show with an out-of-vision announcer. Also around this time, every region gradually extended their programming to 24 hours. I will review every change region-by-region. I hope that all of the dates are correct, but if anyone has any more accurate information, they are welcome to provide it.

Anglia had been using their famous “Silver Knight” symbol ever since the launch in 1959. They were clearly proud of this, but almost 30 years on, this was beginning to look very old-fashioned. Anglia were one of the last regions to introduce a new look in March 1988, and it was arguably the most extraordinary change of them all. In came the blue and yellow “flag” symbol (it took me a long time to realise the shapes of the triangles made an “A”). This was a success, and this look remained on-screen well into the late-90s, outliving all the other idents from this era.

Border is a region that there is little known about. Although they are one of the longest-running ITV companies, they are also one of the most anonymous. There is barely anything online of their presentation, but what there is shows that their ident was a static caption with no music. And that’s it really, this was seemingly used for years on end. So they might not have received a new look until the generic ident came along in September 1989. If they hadn’t used this, they would probably have still been using that caption until about 1997.

Central were one of the bigger regions, and their original mildly creepy ident was soon replaced in September 1985 by the multi-coloured symbol known as the “cake”, and hundreds of creative variations on this look were created, with some being used as late as 1998. However, the earlier symbol was used on endcaps until 1988.

Channel are the smallest ITV region, and there isn’t much evidence online as to when they changed their ident unfortunately, although it was probably around September 1989, making them one of the final regions to update. It didn’t look too bad, but their “CTV” symbol wasn’t as fancy as their original “a leopard playing Blockbusters” look.

Grampian had been using their “Scottish flag” symbol since the early-70s, and it seems that they were the first region to change in April 1985. This new look was also a pioneer in the “random shapes floating through space” idea, with various spheres and triangles everywhere before forming the symbol. This was used for many years after.

Granada were another region that didn’t do fancy things with their symbol, preferring the static caption. Although it seems they did produce a special animated ident for their 30th anniversary in May 1986, but I don’t think that was shown nationally. By the late-80s, the caption was computer-generated, and this created a problem for me. Symbols that were introduced in the late-60s/early-70s were now being reworked almost 20 years later with all shiny 3D effects on them, which was a really jarring clash of eras (see the next region for further evidence of this).

HTV Wales/HTV West both introduced their familiar “aerial” look in 1970. But 17 years on, this was beginning to look rather old. So in September 1987 a new ident was introduced, featuring shapes floating around, and then creating the symbol (which remained the same), causing another clash of eras of a design created long before there was any computer technology advanced enough to animate it, now being used with added shiny bits. This was used until 1989.

The other eight regions will be reviewed in part two.

Oh yes, the Channel channel. The Channel Islands were the penultimate region to receive ITV in September 1962, in fact technically they are not part of the UK at all. Channel is of course the smallest of the ITV companies, but it does have a history. Because there are not many clips online of Channel’s presentation most of this piece has been put together with pictures half-inched from TV Ark so credit goes to them.

Channel’s first ident was memorably described by someone as “a leopard playing Blockbusters“, and it does look like that, with each hexagon representing one of the Channel Islands. When my parents went to Jersey for their honeymoon in 1972 they saw some Channel for themselves and it was still in monochrome at the time with a colour service not arriving until 1976. 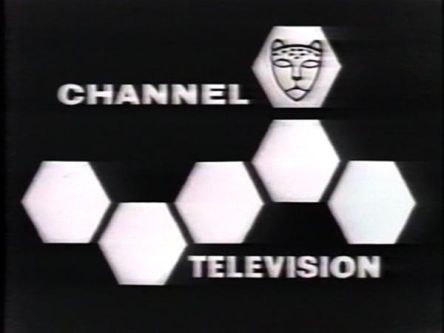 When colour did eventually come a new symbol was introduced, with the name being abbreviated to CTV and appearing on striped letters. Because Channel was so small if they went off the air for even a week because of disputes they might have gone out of business. So when the epic ITV strike began in August 1979 they were the only region to stay on air. They did this by having to do things like extending their news programme to an hour (when they usually had difficulty filling the usual half an hour) and putting on any old films that they could find on the shelf. It was a huge relief for viewers when the rest of ITV came back on air after almost three months. 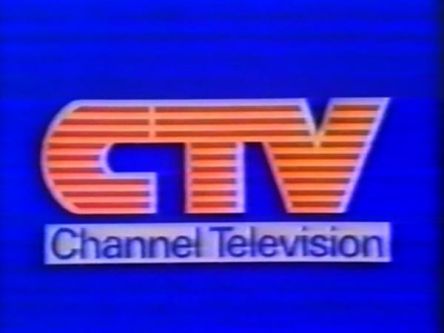 Channel also produced their own listings magazine that was separate from TV Times, with the money made from the copies sold helping them out. Having seen a few pages online of the magazine, it does seem all rather quaint and old-fashioned but it did provide the information needed. Channel’s local advertising also seems amusingly small time to most viewers but again it kept the revenue coming in for them. 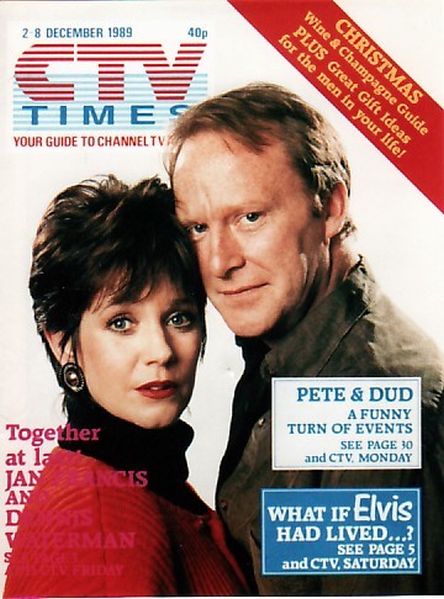 Channel did produce a lot of local programming which has established a small but varied archive of life in the islands, and their most famous show is probably the oddly-named Puffin’s Pla(i)ce, a show where birthdays of viewers were read out accompanied by a puffin called Oscar (cue the old joke that the puppet probably had more personality than the presenters). Channel also did contribute a few shows to the network, I remember the teen drama Island that was shown on CITV in 1996.

As the 80s progressed CTV’s ident became computer-generated, and various versions with different music and backgrounds were used. I must admit that I have never seen a CTV closedown but it seems that when they went 24 hours at first they took the same coverage as the TVS region so they were all treated to Late Night Late. It also seems that CTV did use in-vision continuity for a while, also used an onscreen clock, and provided local news coverage with Channel Report.

CTV didn’t take the 1989 corporate look, and their CTV symbol continued to be used until the late-90s. When the second corporate look came along, CTV used a variation on it, when a BBC1-esque globe that span round which only featured the Islands on it and a heart shape that rotated round it with the slogan “Heart of the islands”.

When the ITV1 generic look was introduced in October 2002, CTV clung on to their name for a little longer, but as the years went by their name seemed to get smaller and smaller on the idents before ITV finally captured them in November 2011. Their name does live on in the local news which is actually called ITV News Channel TV (possibly to avoid confusion with ITN’s long-gone attempt at a 24-hour news service that in its final days was called ITV News Channel). But they deserve credit for surviving on ITV for over 50 years. 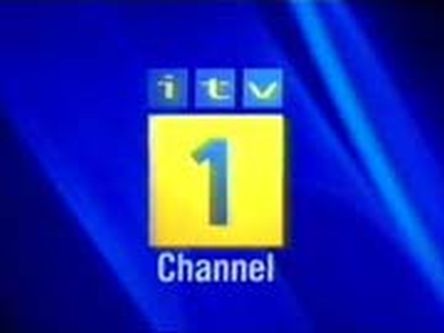