Having been a fan of the shows of Vic Reeves and Bob Mortimer for many years, I was very interested when it was announced that they were going to appear in a sitcom. It was going to be on BBC3, but that wouldn’t stop me from watching, I was even brave enough to turn over. It was clear that this was going to be something that was a little different.

Catterick was written by Vic and Bob, who also starred as brothers Chris and Carl Palmer, and the show got its title from the North Yorkshire town it was set in. It’s difficult to explain the idea further than that, but I’ll have a go. Chris and Carl haven’t seen each other for 15 years, but they reunite after Carl returns to England because he wants to track down his long-lost son Paul.

This is going to be much more complicated that it first appears of course, and they get caught up in all kinds of strange adventures. They stay at the Mermade Hotel which is run by a rather odd bunch of characters. The manager is Roy (Matt Lucas), who is rather pompous and angry, and his elaborate dress sense means that his entrances are accompanied by the song “Kinky Boots”. He also has some trouble as rather intimate parts of his body keep getting chopped off. 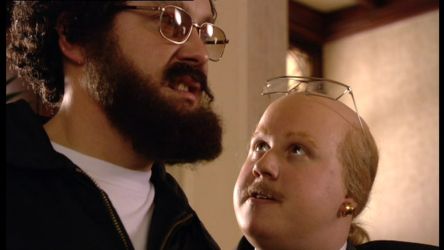 Also working there is Tess the receptionist (Morwenna Banks), who is Roy’s girlfriend, but they don’t get on and argue a lot, and Mark (Mark Benton) who is just treated as a general dogsbody. Chris and Carl also like to spend time in pub The Siberian Khatru. Once again, the regulars are a rather unusual lot, including Ian, who is finding it rather difficult to accept that his wife has died. Also among the impressive cast were Mark Gatiss, Tim Healy, and Charlie Higson. 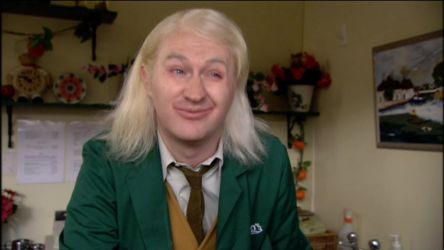 Vic and Bob also played a few other characters in the show, including DI Fowler, a crazed policeman who has some rather unique methods to solving crimes. There has been a rather sudden and explosive crime wave in the area, who could possibly be behind it? Another layer of typical weirdness is the cast members randomly bursting into song, alongside various references to prog rock groups. Sometimes the mix of this was more creepy than funny, but it definitely kept your interest. There were also some nice beards to look at. 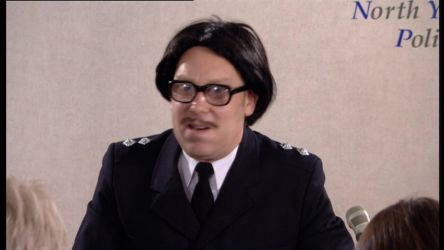 There was only one series of Catterick, and it was also repeated on BBC2. It didn’t that that huge a response from viewers, meaning that six episodes was all we got. There has been a DVD release though, but it contains no extras. I do remember an outtake or two turning up in a compilation on BBC3 though. About a decade later, Vic and Bob had another attempt at a bizarre sitcom which was House Of Fools, and I’ll review that soon.