This is yet another 90s comedy panel game where the jokes were more important than the points, there really were a huge wave of them around this time following the success of the likes of Have I Got News For You. One reason I was interested in this one is because it was part of Channel 5’s launch schedule, and it was usually shown fairly late at night following The Jack Docherty Show, where several other comedy shows were tried out.

Because it was shown long past my bedtime, I decided to set the video for an edition or two to discover more. Bring Me The Head Of Light Entertainment was originally hosted by Graham Norton, in some of his earliest TV appearances (along with his contributions to Father Ted of course). The team captains for the first series were Lee Hurst (taking some time off from They Think It’s All Over and his comedy club near where I live) who also devised the show, and Fred Macaulay. 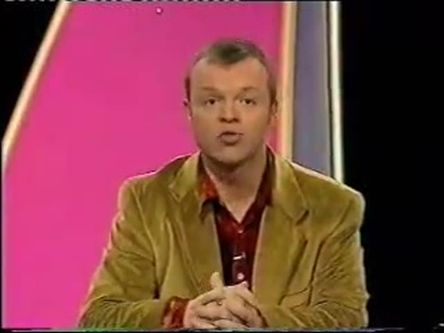 Every week they would be joined by a fellow comedian (usually Bill Bailey) to take part in various rounds. My memory is a little vague on what most of them were, but one thing that I definitely do remember was Graham laughing at everything (well I know that he was supposed to really, but he barely stopped). And once the panellists had finished bickering with each other, they’d then bicker with the studio audience who were able to ask questions too. Who wants to appear on Channel 5 at gone midnight? Come on, don’t be shy. 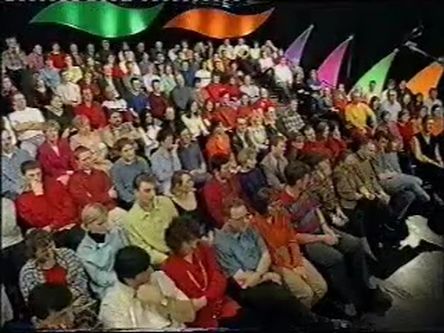 There was also much humour wrung out of the fact that the show’s acronym almost spelt out “bumhole”, that was the kind of level of humour that we’re dealing with here. This show was among Graham’s earliest TV presenting work, and he even unexpectedly won an award around this time for his time for filling in as guest host on Jack Docherty’s show, Jack was not best pleased. Not long after Graham went off to Channel 4 to launch a very successful chat show of his own.

Bring Me The Head Of Light Entertainment eventually ran for five series, just about outliving all of the other comedy shows in the original late-night slot that vanished rather quickly. Graham left as host after the third series to be replaced by Sean Cullen, and by the final series the team captains were Paul Thorne and Adam Bloom, but it carried on in the usual style for the whole run really.