Here’s another British group who went on to have some success after a quiet start. Kaiser Chiefs formed in Leeds in the late-90s, and their frontman is Ricky Wilson, whose stage performances are rather energetic, and involve a lot of running around and jumping. In 2004, they had two minor hit singles with “Oh My God” and “I Predict A Riot”. I did like these, but they didn’t do that well, and I presumed that this would be that was heard from them.

And then they made a breakthrough, when in March 2005 “Oh My God” was rereleased to become their first Top Ten hit, and in 2007 this became a Top Ten hit again after being covered by Mark Ronson and Lily Allen. Then in May 2005 “Every Day I Love You Less And Less” became another Top Ten hit. Pleasingly, their career was now quickly on the increase.

This was followed in August 2005 by a rerelease of “I Predict A Riot” which also made the Top Ten, meaning that their two earlier singles finally got the success they deserved, and a shinier second video was made for both rereleases. They finished off their great year in November 2005 when “Modern Way” was another hit, and their debut album “Employment” spent a rather long time at the higher end of the chart. In 2006 they won three Brit Awards, which was proof that they were now a big deal. 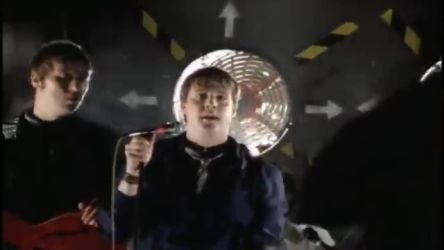 They returned in February 2007 with “Ruby”. Now most groups in a genre like Kaiser Chiefs don’t have chart-toppers, and there have been some examples of similar groups whose most famous single reached no. 2, often only behind what people consider to be a much inferior song, agonisingly missing out by the narrowest of margins. But they managed to go one better, with “Ruby” being a chart-topper for one week.

They then had further hits in 2007 with “Everything Is Average Nowadays” and “The Angry Mob”. They returned to the scene in 2008 with “Never Miss A Beat”, which turned out to be their final Top Ten hit, as this was just before all of the rock and indie groups dropped off the singles chart. Kaiser Chiefs are still together though, and they have now released seven albums, including two chart-toppers. In more recent years Ricky has been a judge on The Voice, and I didn’t even recognise him at first. Being sat in that big chair gives him little opportunity to jump up and down all the time though.