Following on from last week, there was a lot of anticipation for the new look Top Of The Pops. But things would be so different, this relaunch ended up being described as “Year Zero”, with the biggest changes in the show’s history to date. Some insist that this is the day that Top Of The Pops went rubbish, but let’s take a look at what exactly happened on 3 October 1991.

This was an attempt to finally bring the show into the 90s, with the new opening theme “Now Get Out Of That” (which was used until January 1995), which was definitely an attempt to embrace the “rave culture” that was about the sweep the singles chart. There was a new studio (no more neon lights now!), which was rather noisy and resembled a lively nightclub, and everyone had to sing live. 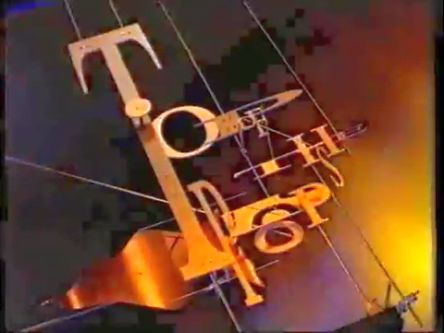 And there were new features and a wave of new hosts, who weren’t also on BBC Radio 1. We begin with Tony Dortie and Mark Franklin, who had little previous TV hosting experience. There would be more new hosts introduced later, but these were the only two who lasted for a long time, until January 1994. Erasure had the honour (if that’s the word) of starting off this new era. 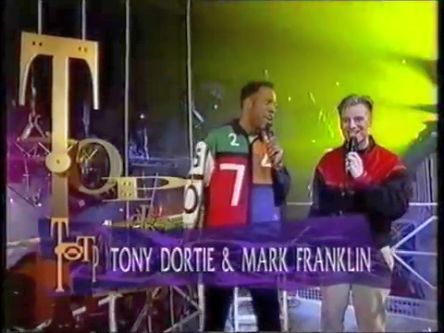 And then there’s a look at the Top Ten, now featuring a short clip of the video instead of a still picture, and there was no voiceover announcing these one-by-one (this later changed to being shown nearer the end of the show, with voiceover, and 40-11 being shown over a video). Next is Voice Of The Beehive, what have they let themselves in for. They are followed by the soulful sounds of Kenny Thomas who is a big climber. 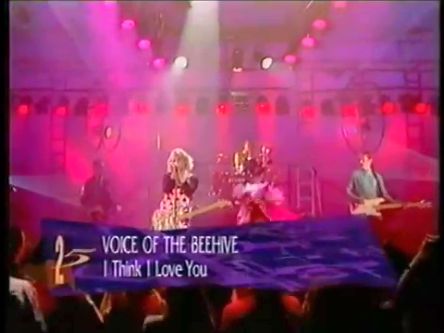 Then there’s a look at the US chart. I don’t remember this feature lasting long, you’d think they’d concentrate on the UK. Belinda Carlisle is in the studio, and is briefly interviewed by Mark whilst looking mildly embarrassed. Then there’s an exclusive video by Stevie Wonder. Back in the studio, there’s Julian Lennon, who is also briefly interviewed by Mark, just let him get on with it! 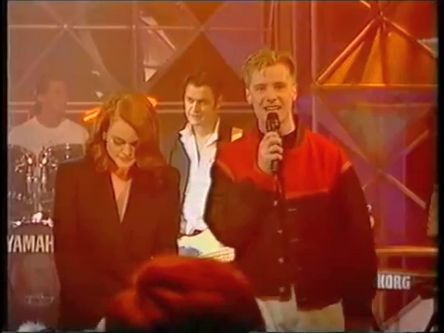 Then there’s a look at the albums chart, featuring Status Quo. I thought that this was supposed to be a show aimed at teenagers! Then there’s the Breakers (now with an introduction again) featuring Carl Cox and Monty Python. We finish with Bryan Adams, who is still Number One. “Bryan continues his bid for the Christmas Number One”, says Tony, making the show’s most amusing comment. 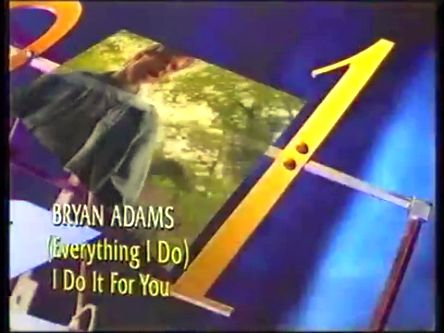 There’s much more to come next week, I’m sure that people will be very eager for more. Tony then finishes off by saying “laters!”, definitely an attempt at a catchphrase. The credits are then shown over the closing sequence (this would later change to being shown over a video). And finally there’s a trail for Number One magazine which wasn’t too far off closing down at this point.