When did the 1980s come to an end? Well obviously it was 31 December 1989. Although if you watched Top Of The Pops regularly you might think differently, indeed you could’ve thought it was actually on 26 September 1991 (hopefully this edition will be shown on BBC4 soon!). Top Of The Pops was a show that had to be on BBC1 every week, all year round, there couldn’t be a break at any point because pop music always had to be covered.

This meant that its look got rather tired more quickly than other TV shows. Top Of The Pops did seem to have been stuck in the 80s by this point, still using “The Wizard” theme that had been introduced in April 1986, and an opening sequence introduced in January 1989 (although this did have minor changes by this point). And the studio was still full of pink and blue neon flashing lights. 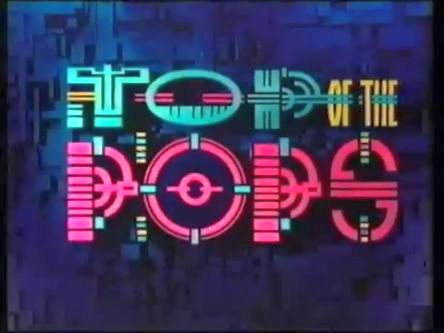 This was to be the final edition hosted by the long-serving Gary Davies (who by now was high up in the studio away from the crowd), and also the final edition before the big “Year Zero” relaunch the following week. There are a lot of songs squeezed into the 30 minutes, and the studio:video ratio is rather curious. We begin with PJB in the studio. Yes, PJB! Remember them? Not really. There are also plenty of silly graphics flying around everywhere.

This is then followed by the video of the highest new entry, by The Scorpions. The Top 40 was only read out one-by-one by the host on the show for about a decade, by this point the 40-2 songs scrolled along the bottom of a video, someone clearly realised that you could fit in one more song this way. And we are also without Gary’s “and there’s a new entry at number furdy-four”-type comments on them which had become rather grating (this is why Matthew Bannister had to happen etc.).

Bryan Adams’ very long run at Number One continues, and his video is shown. Then next week it’s new opening, new studio, new hosts, new songs, new everything. Gary says goodbye, and when BBC Radio 1 presenters returned to the show in February 1994, he had long gone. The “end of the 80s” feeling is emphasised by finishing off with the video for the final hit single by Bros, who had been huge barely three years earlier. 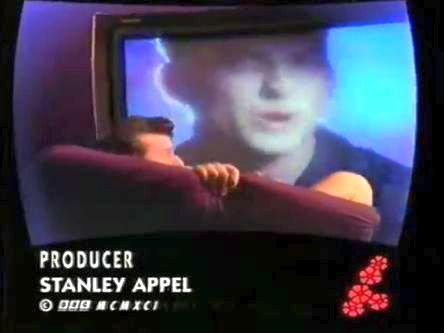 Things would be very different the following week…