Was 1992 a good year for pop music? A lot of people don’t think that it was a classic really. But it was a year when genres were developing as quickly as they ever were. Here’s a highlight (well highlight might not be the right word in this case, but I still want to feature this one as I do remember it). A dance genre that came on to the scene around this time was “Toytown Techno”.

This was where old children’s TV show themes were taken, and they were set to dance music (usually rave or techno), and seemingly the more ridiculous the combination, the better. Some of the most successful hits were “Roobarb And Custard” by Shaft, and “A Trip To Trumpton” by Urban Hype, that both made the Top Ten. In July 1992, there was one of the most extreme examples of this.

Smart E’s (whoever they were, the singles chart being rather overtaken by faceless dance acts at this time) decided to take the theme to the long-running Sesame Street, and add some bangs and thumps to it. At this time, this show was still regularly on Channel 4 in the afternoon, so the theme was familiar to many people, including me. “Sesame’s Treet” went on to reach no. 2, becoming alarmingly close to being a chart-topper, and was also a minor hit in America. And they got on to Top Of The Pops, it must’ve been a quiet week. 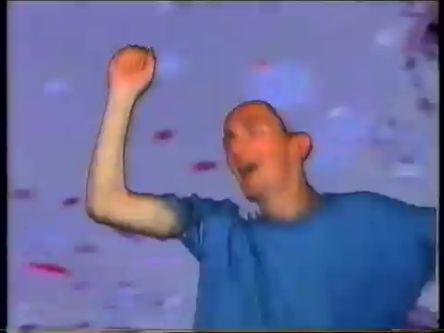 But I can’t really imagine another time in pop music when an idea like this would’ve been so successful. I can only imagine what the likes of Big Bird made of all this. And as for what happened to Smart E’s after this, well as far as I know they released no more singles, but they’ve probably gone on to remix hundreds of sings since. Not long after this hit, the dance scene moved on to the next craze, and this genre’s novelty fizzled out.

But somehow there is a chance that Toytown Techno wasn’t even actually the strangest dance genre that was around in the early-90s. Because also briefly popular at the time was taking the theme music to various computer games and reworking them as dance songs too. And that means that dance versions of the music for Super Mario Land and Tetris were also Top Ten hits, would you believe it.