This is a song that almost strays into a “novelty record” area, but I still wanted to feature it. A while ago I reviewed the BBC2 comedy Glam Metal Detectives. I hoped that this could be released on DVD one day, but this still hasn’t happened, and maybe it’s too late now. It seems that nowadays it would be more likely to be made available on streaming services and the like, but this hasn’t happened either.

Glam Metal Detectives was created by Peter Richardson of The Comic Strip Presents… fame, and starred a rock group that aimed to rescue the world with their music. During the run of the series, in March 1995 “Everybody Up!” was released, and would you believe it, this reached no. 29, meaning that they had an unlikely Top 40 hit single. This was now one of those rather unusual moments where fictional characters spilled out into the real world. 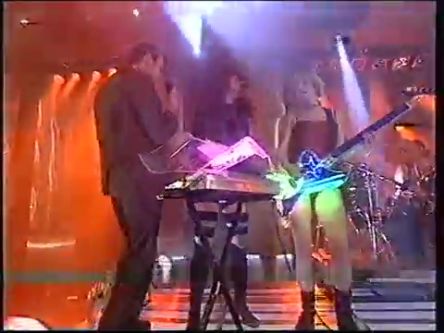 And of course this meant that they earned themselves a Top Of The Pops appearance (which was on BBC1 at the time, so that’s some great cross-channel promotion there), and they were going to make the most of it, and tell us all about their “funk ‘n’ justice“. As a fan of this show, seeing them do this and realising that this wasn’t a plot from one of their episodes was a rather odd experience. I wonder how many people watching this realised all was not how it seemed though. 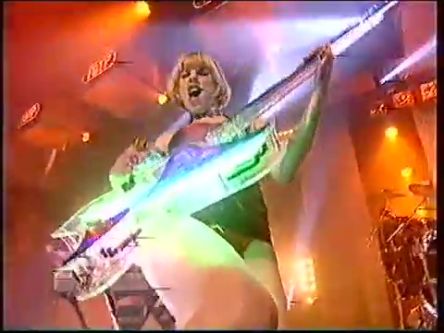 This meant that among the comedy talent that could now boast that they had appeared on Top Of The Pops were Doon Mackichan (also known for Smack The Pony and The Day Today, and probably the only cast member of that show to have a Top 40 hit, Steve Coogan just missed out with his Tony Ferrino character), and Phil Cornwell (off World Of Pub, Stella Street, I’m Alan Partridge, and much more) who I imagine really liked being in this band. 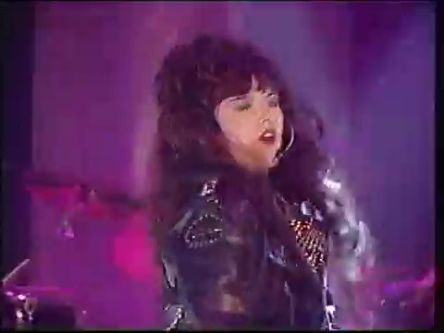 Glam Metal Detectives only ran for one series, and I’m fairly sure that there was only one single released too. They did manage to stretch the joke a little more though, as there was a whole album of this, produced by no less a figure than Trevor Horn, who knows a thing or two about how to make a chart-topper, although this wasn’t a hit. But for a brief moment, they were all rock stars for real, and this definitely gets my approval.