A while ago I did some pieces about quirky women who were pioneers in pop music in the early-80s. Among these was Hazel O’Connor, and the woman herself replied and endorsed the piece (well I presume it was her, and I was really pleased). Hazel had appeared in some films as early as the mid-70s, but this was the one that really helped her career take off and made her a big name.

And unlike some other films that I’ve reviewed recently, this one definitely isn’t a comedy! Breaking Glass starred Hazel as Kate, a young singer who hopes to be a success, and one day Danny (Phil Daniels) who wants to be a music manager, decides that Kate has got potential, and wants to work with her. Kate starts off with gigs in minor venues like pubs, but Danny is determined, and soon puts a mildly shambolic band together that Kate will front. 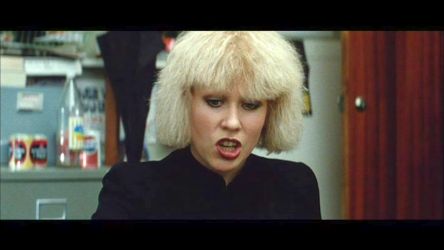 It is clear that Kate is rather driven, and writes her own songs. Eventually, the group start to play bigger venues, get a record deal, make music videos, and they are beginning to be a success. But Kate soon realises the hard way that the business isn’t what it promised to be, it’s tough to watch her enthusiasm slowly be crushed, and she performs her biggest concert in front of a huge crowd of admiring fans in something of a daze, and decides to leave everything behind.

Breaking Glass also gives an example of what life in Britain was like in the early-80s. All of the songs featured were written for the film, most of them by Hazel. These include “Eighth Day” and “Will You”, with its unforgettable saxophone, and these were Top Ten hits, meaning that Hazel was soon appearing in Smash Hits for real. The soundtrack was released, and I have the CD version.

The DVD extras are a trailer, and an interview with Hazel sharing her memories. There is also a book telling the interesting story of the film, with lots of pictures from the archive, the original press pack, and four postcards featuring posters promoting the film in various countries. Also notable is that the executive producer was Dodi Fayed, who unexpectedly got caught up in the biggest UK news story of the 90s. 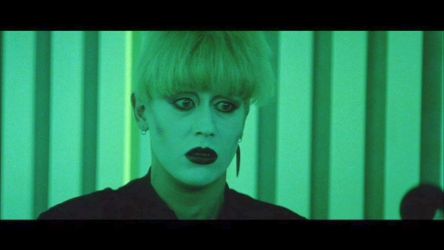 Breaking Glass has been shown on TV, and Hazel continued her acting career by appearing in Jangles in 1982, a very unusual show where once again she played an aspiring pop singer (although this could be said to be a more PG-rated version of the story), although by this point she had already had her final Top 40 hit single. Hazel went on to also appear in Fighting Back (which earned her a Radio Times cover), and has released several more albums since.