In this series, you might have noticed that I have been interested in British comedy films, or indeed ones that star British comic actors. I was attracted to this one as The Parole Officer starred Steve Coogan, whose film career was still on the up at this point, and he probably welcomed the opportunity to get away from Alan Partridge for a while, and play a different character who wouldn’t get his foot pierced on a spike.

Coogan (who also co-wrote the script) played Simon Garden, a rather hapless probation officer, who actually finds it rather difficult to deal with people. Almost everyone that he has worked with has gone on to offend again. One day, Simon is framed for a crime that he didn’t commit. The tape that proves his innocence is locked away in a bank vault, so it’s now very hard to get hold of. 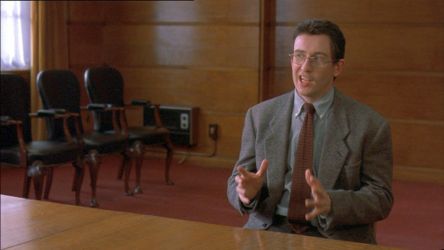 Simon tracks down the only three people that he has ever worked with who have gone straight to convince them to join his team, including Colin, who is a fan of Hardcore Belgian Trance (I’m pleased that we know this), along with a tearaway teenage girl who he is currently working with. Will they take part in one final crime to clear Simon’s name? Simon realises that the plan is rather complicated, and he is out of his depth. His team put some ideas and technology together, but it’s a huge risk. If only they knew the secret code.

Despite everything, Simon manages to come to the rescue and make sure that the right people get put away for the crime, which is a cause for celebration. Needless to say, he had the last laugh. As well as a starring performance from Coogan, also among the cast is Ben Miller, and Simon Pegg turns up for about five seconds, long before he went on to a rather successful film career himself. 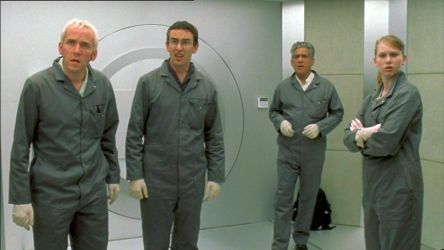 The Parole Officer seemed to do fairly well with critics, and the film has also been shown on TV, but only in the “midnight on BBC1” slot. Coogan has since acknowledged that this film isn’t exactly the peak of his career. I’m not sure where Simon ranks in Coogan’s best characters though, but he’s probably ahead of Tony Ferrino, although that’s not saying much. Extras include deleted scenes, a making of, and for some reason, the video to Atomic Kitten’s chart-topping cover of “Eternal Flame”, which would you believe wasn’t as great as the original by The Bangles.