A while ago I reviewed the TV version of The Hitch-Hiker’s Guide To The Galaxy. I haven’t got around to reviewing the original radio version yet, but I plan to, as it was one of the most acclaimed comedy shows of its era. The show was created and written by Douglas Adams, who invented a science-fiction world that had remarkable flights of fancy, and hugely memorable characters and situations.

The TV version tried to do justice to the book and radio series, but technology had only come so far, and as they say, the pictures are better on the radio. For many years though there had been rumours of a film version, and about 25 years on from the TV version, this finally happened. How would this adapt to the big screen? Firstly, the film starred Martin Freeman, whose career was on the up following the success of The Office. 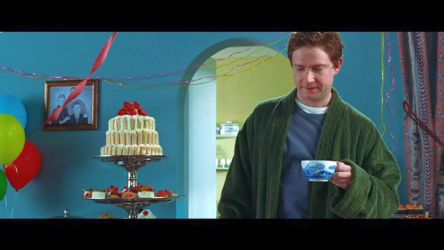 Freeman played Arthur Dent, a rather ordinary Englishman. One day, his friend Ford Prefect arrives and tells him that Earth is going to be destroyed by the Vogons. Arthur has a somewhat curiously British attitude to this, being mildly disappointed by hearing about the end of the world, rather than completely horrified. Now in space, he is given the Guide, which tells him everything he needs to know about the galaxy, and informs him “don’t panic”, which is easier said than done.

The voice of the Guide is important as this needs to be informative and reassuring, and Stephen Fry delivered in this area. Unlike the TV version, the animated sequences were computer-generated. Arthur also encounters Zaphod Beeblebrox, who is the president of the galaxy, Marvin the Paranoid Android, Slartibartfast, and his old friend Trillian (Zooey Deschanel), and having enjoyed her films, it was good seeing her here. 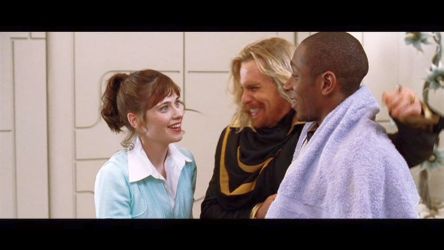 There was also a brief appearance from Simon Jones, who played Arthur in the original radio and TV series. Realising that he’s going around on a spaceship makes Arthur ponder the meaning of everything, if only he had a spare 7½ million years to think about it, he might get close to an answer. The DVD has two discs as there as so many extras, including a lengthy making of, and some deleted scenes. 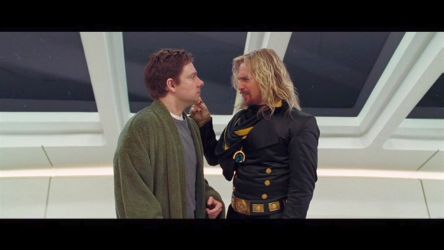 Of course, there has been plenty of debate from fans as to whether this is a worthy addition to the series, and that you had to be familiar with the characters to be able to grasp most of what was happening, but at least they had a go, and you won’t find a more mixed response to a film from critics than this one. This was clearly an ambitious film though. The only conclusion to take from all this is so long, and thanks for all the towels.