When The Weakest Link launched in the UK in the summer of 2000, it very quickly became a success. Beginning rather quietly on BBC2, by the end of the year there were celebrity specials on BBC1. This was mostly down to the hosting of Anne Robinson, whose rather cold style surprised viewers, along with the gameplay element of openly declaring what contestant you didn’t think was doing well and deserved to be eliminated.

Less than a year after the launch, The Weakest Link came to America on NBC, and again Robinson would be the host, just what would viewers make of her style. The rules were just about the same, but eight contestants took part instead of nine, and $125,000 could be banked in every round (with the money doubled in the final round), meaning the top prize was a million dollars, much more than the £10,000 on offer in the British daytime version, but only if the team helped each other out. This was followed by the shoot-out at the end for all the money. 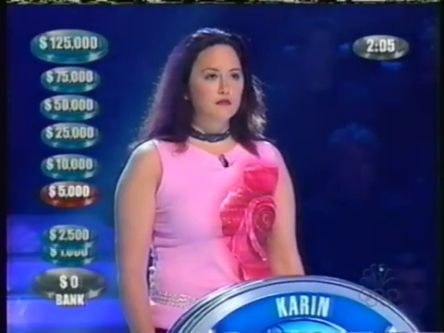 The British contestants quietly dealt with Robinson’s comments most of the time, and after being told that they were the weakest, they often tried to take it on the chin. The average American was far less reserved about the situation though, definitely making their feelings known, and there was much more at stake, so they better make the right decision, and hope that their opponents will be taking the dreaded “walk of shame”. There were also celebrity specials, and they could definitely hold their own against anything that Robinson said. 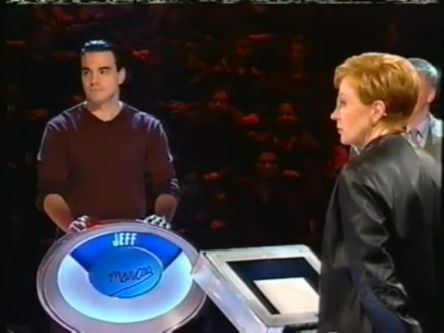 Just like in the UK, Robinson became a big hit for her rather uncompromising and emotionless style, and many people wondered if she was a robot whose batteries were on the blink. It was a big deal. And by now in the UK you could buy a tape featuring the best exits, or even play the game yourself at home on the PlayStation. But if fads come and go quickly in this country, then that counts for double in America, which is the toughest TV market in the world.

Robinson’s run as host came to an end in 2002, the final editions were unaired by NBC, and around this time Family Guy even did a joke about Robinson’s famous catchphrases being rather dated cultural references. Despite this, there was also a syndicated version (not hosted by Robinson) that ran until 2003 but with less money on offer, although the British version continued for about another decade. 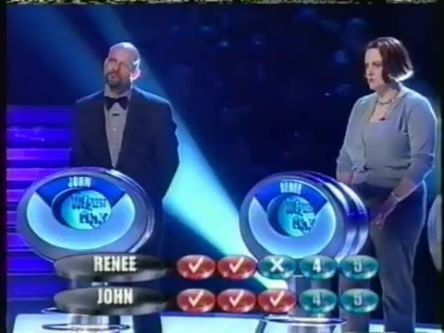 The American version was also briefly shown in the UK in 2001 on BBC2, a rare occurrence of a non-British game show being shown in this country. There was also a documentary about Robinson’s experience hosting the new version. But very recently there was a revival of the show in America on NBC with a new host, meaning that someone must clearly think there’s still some potential in the format.