This is another comedy show where it is difficult to know what to say about it because it is one of the most popular and celebrated of its era. Seemingly not content with only starring in one groundbreaking comedy show in the 80s, Rowan Atkinson also starred in this one, which really did cause a stir and lead to the growing in stature of the alternative comedy generation in both their acting and writing abilities.

The basic idea behind the show was that we would meet various generations of the Blackadder family (all payed by Atkinson), who featured in various areas including royalty, and were always aiming to manipulate things in their favour. But once again, this is a show where it almost didn’t happen. After a pilot episode in 1982 (which I’m fairly sure has not been shown on TV), the first series (“made in glorious Television”) launched in 1983, which was set in the 15th century.

This wasn’t really a big success though, all of the ideas hadn’t gelled properly, and there was a lot of location work, while it might have helped capture the look of the era, it took up most of the time and money. After only just being given a second series, this was where the show really began to take off, which much less location work and Ben Elton added to the writers, they could now put much more emphasis on the bizarre situations and clever wordplay. 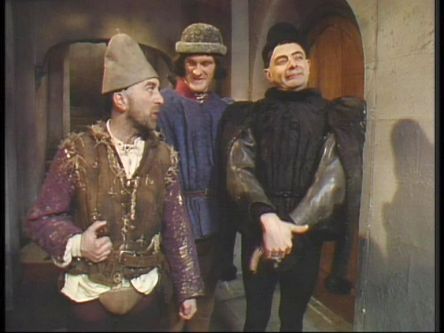 The second series was set in the 16th century, and among the cast was Queen Elizabeth I herself. On the receiving end of most of Blackadder’s insults was Baldrick (Tony Robinson), a rather dim and unkempt person, and he was often told in rather elaborate ways just how totally useless he was to the situation, with all of his cunning plans always doomed to fail.

This continued into the third series, set in the 18th century, and the fourth and final series, set in the early-20th century (which also had a Radio Times cover). There were lots of other cast members who featured, including Stephen Fry and Hugh Laurie, who were among the many who dazzled. After a quiet start, Blackadder was another example of a show being given another chance and succeeding.

Along with the series, there have also been specials including Blackadder’s Christmas Carol, and also Back And Forth, an episode made “for the millennium” (as everything in the late-90s was) where the present-day Blackadder travelled through time to various eras. Rumours of a fifth series have never stopped, although there are no plans for one, and Atkinson then seemed to almost effortlessly go on to yet another comedy classic with Mr Bean.

Blackadder has remained popular, being repeated frequently on various channels, it had a lot of memorable outtakes, and all the episodes were released on VHS. The show has also been served well by DVD, with a six-disc boxset featuring remastered episodes and plenty of interesting extras. And in more recent years there has been The Whole Rotten Saga, a comprehensive documentary looking back at the show’s story.