Recently, while I’ve been thinking about some comedy double-acts, it is a surprise to realise just how few of them have had individual success in sitcoms. However, French and Saunders managed to achieve this, as along with their sketch shows, French went on to star in The Vicar Of Dibley which did well, while Saunders also had a huge amount of success with this one, which some claim is among the best sitcoms of its era.

The idea of Absolutely Fabulous evolved from a French And Saunders sketch in 1990 which featured the basic role reversal of a sensible daughter having to deal with her rather rude and outgoing mother. It seems that there was enough potential in this sketch for it to be expanded into a full series, exploring the ultimate age-gap reversal, and this launched on BBC2 in 1992.

Saunders wrote the show and also starred as Edina, who worked in the fashion business, and often went out on the town and had a drink or two with her friend Patsy, who she had known for a rather long time. The other regular characters were Edina’s daughter Saffron (usually referred to as “Sweetie” or “Saffy”), and her ageing mother, who both often watched on rather shocked at what was happening. And there is also Edina’s assistant Bubble with her rather odd dress sense and outlook on life.

Absolutely Fabulous became popular very quickly, and there was a positive response from viewers, so this meant that the second series in 1994 was hastily promoted to BBC1. There was also an increased amount of guest stars, as various female models and pop stars from over the years who would be likely to be within Edina and Patsy’s circle of work realised that this was now the place to be seen. French also appeared in a series one episode. 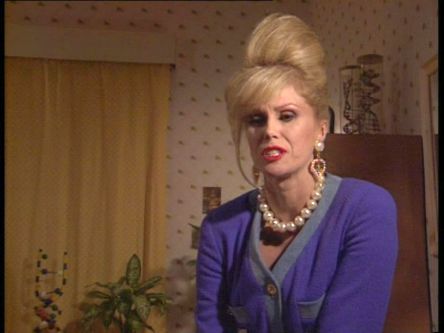 Also around this time, there was a hit single released by the Pet Shop Boys under a pseudonym for Comic Relief that featured some of the most memorable quotes from the show. Viewers became very fond of Absolutely Fabulous, and buy this point it was regularly repeated and winning awards. There were also a few specials, and in 1996 there was what was supposed to be the concluding episode.

Then in 2000, the cast reunited for a different sitcom called Mirrorball, but this didn’t get any further than the pilot. In 2001, the show returned for another series, and even more specials (including one set in America), and these continued right up until the 20th anniversary in 2012. But there was even more. There was then a film version, but the team insisted that this really would be the final time that we would see these characters, who remained as outrageous as ever. 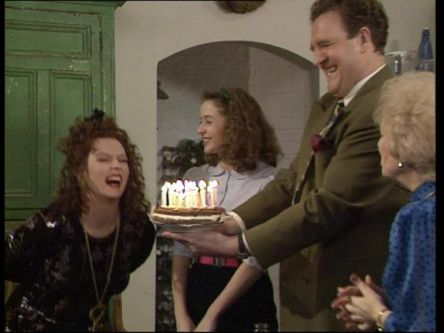 All 39 episodes of Absolutely Fabulous have been released on DVD in an 11-disc boxset, and there are also a decent amount of extras, including some outtakes, a look behind the scenes, interviews, the original French And Saunders sketch, the Mirrorball episode, and much more. All these years on, many people do consider the show to still be fabulous.