Here’s a look at another group who were for a very short time in the 80s a big success, and you’ll soon see why I was rather interested in the story of this one. The Flying Pickets were an all-male group that formed in the early-80s, consisting at the time of six members. Their frontman was Brian Hibbard, and he had a rather distinctive look (as you might realise, just about every 80s pop star had a distinctive look) which was having some rather big sideburns. 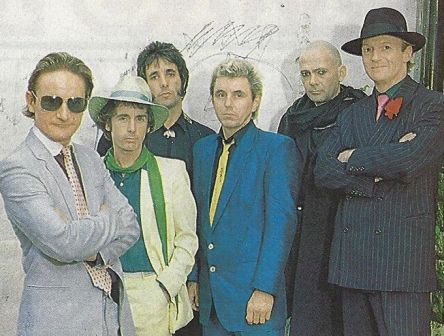 The idea behind the group was that they performed a cappella, with the simple blending of their voices effectively creating the song. In November 1983 they released their first single “Only You”, a cover of the Yazoo song that had been a hit fairly recently. This clearly struck a chord with the public, as not only did this become a chart-topper, but it was also the Christmas Number One of 1983. They then memorably performed this on Top Of The Pops dressed as snowmen, where they looked so thrilled with their newfound success.

They then followed this up in April 1984 with their second single “When You’re Young And In Love” which also made the Top Ten. So when Christmas 1984 approached, they must have thought, why not try and do it again, and release another cover of a recent big hit by a male/female duo in their now familiar style as it worked so well last time. So the next single was “Who’s That Girl”, a cover of the Eurythmics song (which also featured Bananarama in the video!).

Could they become the first act since The Beatles to have consecutive Christmas Number Ones? Well… no really. Their a cappella version of “Who’s That Girl” reached a very disappointing No. 71. It was clearly a case of once bitten, twice shy with the record buying public, and it was also their final hit altogether. Just one year on from “Only You” and they were past it. But the story doesn’t end there. 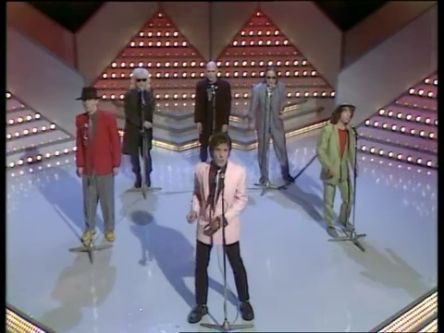 After the original line-up split in the mid-80s, Brian Hibbard remained a familiar figure as he got into acting. Among his various TV roles, his most high-profile in the early-90s included the BBC1 drama Making Out, and for about six months around 1992/1993 he was in Coronation Street as the dodgy mechanic Doug Murray, who during that time got involved in a love triangle with Deirdre and her daughter Tracy, and also witnessed poor Lisa Duckworth’s fatal accident.

Another reason that I remember Brian though is because a very long time ago (well, 1991) I want to see a pantomime at the Hackney Empire that starred Linda Robson and Pauline Quirke, and he was also among the cast. Is he the only chart-topping singer that I have seen in person? Well possibly, as I am rather overawed by celebrities, and even seeing him was rather an experience. I don’t think he sang though. Brian continued to appear in various TV shows until his death in 2012.