You might wonder why I want to review a show that ended on TV three years before I was born. This is because a while ago I reviewed Blue Peter, and it was always said that this was the closest equivalent to that long-running show on CITV (or what passed for CITV in those days), although it was slightly more relaxed and improvised, so curiosity got the better of me, and I decided that I should find out more.

It must be a myth that children around this time could only watch CBBC or CITV, and you could tell which side they watched right away from their personality. Magpie was a Thames production, and indeed it’s as old as Thames itself, as the first edition was shown on the same day that famous ITV company launched in 1968. As this month is the 40th anniversary of the final edition, I thought that this would be as good an opportunity as any to take a look back.

Magpie had a famous piece of music for the opening theme. There wasn’t a huge turnover of presenters over the years, but the lineup by the final edition was Jenny Hanley, Mick Robertson, and Tommy Boyd. Now when I used to watch Tommy on CITV in the early-90s, I didn’t realise that he had been on TV for that long, having joined the show in 1977. That means that he was on CITV (along with some time on TV-am of course) for 15 years.

Times changed a lot during the 12 years that Magpie was on TV, and the final edition took a look back at some famous fashions and moments. Editions would usually have various features, such as going behind the scenes of TV shows, viewers were also able to contribute, they did appeals where money could be sent in, and lots of badges could be won too. I’m sure that people who have one still treasure them. 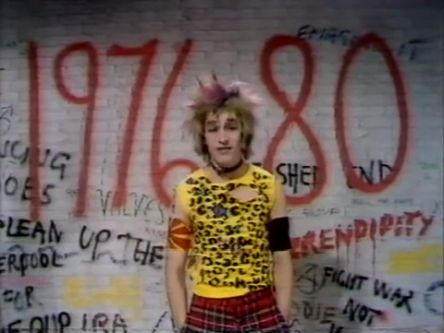 Magpie was usually shown twice a week, and there had been around 1,000 editions by the time it came to an end. There were also some annuals, and about a dozen editions were released on DVD by Network. Some of the hosts reunited to promote this, and it would be nice to think that they are still good friends and send each other Christmas cards all these years on.

After the show ended Robertson went on to host a few other children’s TV shows, and Boyd has now had a long career in radio. It became rather clear to me that Magpie is an important show in the history of children’s TV, and if I had been around at the time, there’s little doubt that I would’ve been a regular viewer. About five years on in the mid-80s, Magpie was practically revived by CITV in all but name when the very similar magazine show Splash launched.