Here’s the first in this series, where I look back at a group that for a brief moment were a big deal in British pop music. Swing Out Sister formed in the mid-80s, and they were a trio consisting of Corinne Drewery, Andy Connell, and Martin Jackson. Lead vocalist Corinne was very stylish and had worked in fashion design and modelling, and reference must be made to her terrific bob hairstyle.

They were often described by critics as being pioneers in the genre of “Sophisti-Pop”, even though nobody seems to be able to properly define what this actually consists of. They released their first single in 1985 which didn’t make the chart, and it wasn’t until about a year later in October 1986 that they had their breakout hit, er, “Breakout”, which was incredibly catchy and reached No. 4. It was also their only Top Ten hit in America.

There was now a lot of interest in them, and this led to various TV appearances including Top Of The Pops, The Wide Awake Club, The Roxy, and many others. They also appeared on lots of music magazine covers including NME, Smash Hits (who thought they were really rather groovy), Record Mirror, and Number One, and they even recovered from the rather awkward moment when they were buried in a polar bear avalanche.

In January 1987 they released “Surrender”, their second (and final) Top Ten hit. In May 1987, their first album “It’s Better To Travel” was released, which topped the chart for two weeks, and many a champagne bottle was opened in celebration. After some more smaller hits, it was presumed that now they were an established name, there would be much anticipation for what their second album had to offer. Martin rather curiously left the group during the making of this without explanation, and they then became a duo. 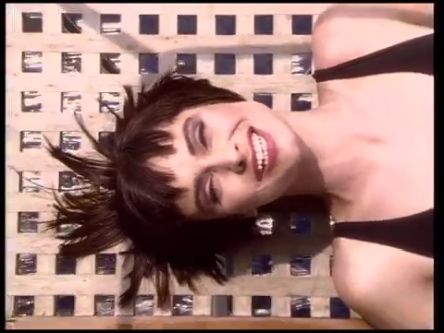 The second album “Kaleidoscope World” was released in May 1989. It wasn’t a chart-topper, but it did make the Top Ten, and the first single “You On My Mind” made the Top 40, so they must’ve hoped that their next single would continue this good run. Although it was in a similar style to their bigger hits, “Where In The World”, which was released in July 1989, reached only No. 47. Oh no! 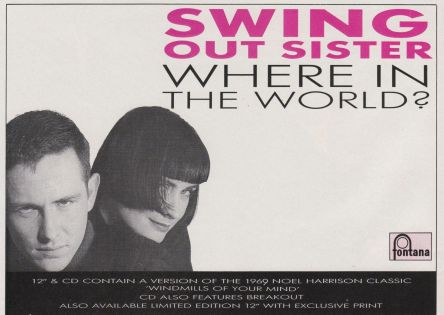 But unlike most of the acts that will be featured here, they did continue to have some more hits into the 90s, even if they were fairly minor, the last being a cover of “La La (Means I Love You)” in August 1994, which was also featured on the soundtrack to Four Weddings And A Funeral. Corinne had even changed her hairstyle by this point, how shocking.

Unfortunately for them tastes had moved on and it simply wasn’t 1986 any more. Although they haven’t had any hits in the UK for over 25 years now, they have remained rather popular in Japan. Swing Out Sister are still going as a duo, have released many more acclaimed albums and continued to tour, even though their chart-making days are now long behind them.