A long time ago, I reviewed the Scottish comedy sketch show Chewin’ The Fat. This was a success on both radio and TV, and two of the characters became popular enough with viewers to be given their own spin-off series that would be rather long-running. Episodes were originally only shown in Scotland, but then a few were repeated in England which is where I saw the show for the first time, and eventually it was shown across the UK at the same time.

Ford Kiernan and Greg Hemphill (who also wrote the show) reunited to play Jack and Victor, two pensioners who although they were of an advanced age still wanted to have a good time. They lived on the same floor in a block of flats in Craiglang, and have known each other for several decades. Most of the cast were younger people who were made up to look much older. There were plenty of other characters that we got to know along the way. 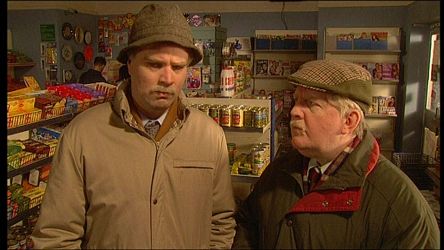 These included also Tam and Winston, who had lost his leg, and bad things always seemed to happen to him. There was also Boabby, who was the landlord of the local pub The Clansman were Jack and Victor were always welcome (sometimes), what a smashing fella. Also appearing regularly is Navid, who ran the local cornershop, alongside his wife who carried on despite the inconvenience of having no face, and Isa also worked there.

There were lots of memorable episodes, it seemed to go down rather well with critics, and as far as being the most successful Scottish sitcom goes, it definitely gave Rab C Nesbitt a run for its money. Still Game did well enough for there to be a successful stage show, lots of famous people made guest appearances, and there were also plenty of Christmas and Hogmanay specials, including an episode set in the 70s where we saw Jack and Victor when they were much younger, it’s never been that easy for them. 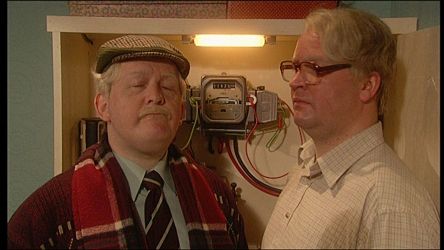 The show eventually ran for 62 episodes in nine series, the last being almost two decades on from the first, but they insisted that this would be the last one, although this is partly because Jack and Victor would both be about 95 years old by this point. But they were still pensioners with attitude. Still Game remained a ratings success all the way through the run, and it has also won plenty of awards.

All of the episodes have been released on DVD as well in a big boxset, although they feature the rather awkward situation of the opening theme music being changed (just like what happened with Married… With Children too), and there weren’t they many extras really, but it was always good to watch this show which eventually became very popular.