This is yet another Hanna-Barbera cartoon that I remember was shown rather regularly on CITV, and that’s probably no surprise really because it’s very popular, it has now been going in various versions for over 50 years. It’s another one where it’s difficult to know what to say about it because so many people will already be familiar with it, but it does deserve to be featured here.

The first version of the show was called Scooby-Doo Where Are You? and it launched on TV in America in 1969. It was a mix of horror and mystery, and contained a group of young characters who would soon become very familiar. The situation in every episode was just about the same too, but when you hit upon a winning formula, why should you change it. 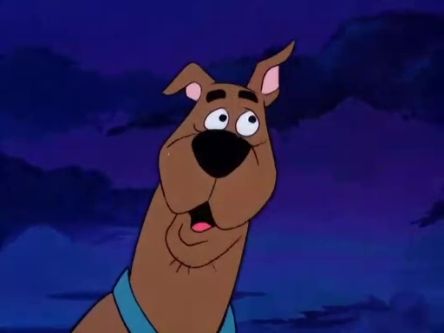 The show’s main characters travelled around in The Mystery Machine. They are Shaggy (originally voiced by Casey Kasem off America’s Top Ten) along with his rather big dog Scooby-Doo. There are also Fred, Daphne, and Velma. Now their van would always conveniently break down when they were on the road to somewhere. They would then have to put their mystery solving skills to use as they would encounter something rather creepy, such as a ghost, vampire, or witch.

At this point the team would often go their separate ways. Shaggy and Scooby-Doo would stay together, although they would often get rather scared, at which point Scooby-Doo would jump into Shaggy’s arms despite being huge (he also sounded rather familiar to Astro the dog in The Jetsons, although that’s because they were voiced by the same actor). Then we have rather a long period of running around. 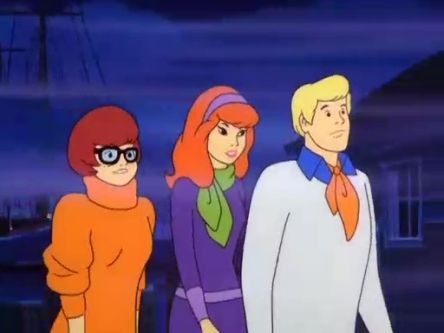 As they find the clues, they realise that it actually wasn’t a ghost at all, would you believe it. Episodes would always conclude with what I ended up calling the “hmm-pop” moment, when they finally tracked down the villain who was always wearing a mask, and when they took it off it was always accompanied by the same tried-and-trusted “hmm-pop” sound effect. They would never get it away with it of course, crime doesn’t pay.

After the original series ended, there have seen several more series and spin-offs right up to the present day. There was a twist in 1979 when Scooby-Doo’s young nephew Scrappy-Doo was added to the cast with his “puppy power”, but most viewers didn’t consider this to be a popular move. I remember this series was shown regularly on CITV too, along with Cartoon Network. In various other series we meet more members of Scooby-Doo’s family too.

Because of the continuing popularity, there have been two live-action films made, along with several episodes and feature-length specials released on VHS and DVD. And there’s the merchandise that covers just abut everything, from comics to computer games. The show was also parodied in Family Guy. As Scooby-Doo is still around after five decades, it’s one of the few cartoons that has several generations of fans.

One thought on “CITV Memories – Scooby-Doo.”