It’s about time for another cartoon review. This one has a rather bizarre idea that makes even Teenage Mutant Hero Turtles seem straightforward by comparison. It really does make you wonder how it was developed. How about a cartoon that features some mice. But not only that, they also like to ride motorbikes. Still not far-fetched enough? They all happen to come from Mars. Well, of course.

Another reason I wanted to take a look back at this one is because it’s another great example of one of those shows that I remember getting into, watching regularly, and being really excited about for about a month or so (around the start of 1994) before almost forgetting about it altogether. Biker Mice From Mars was a science-fiction cartoon that featured plenty of action and adventure. 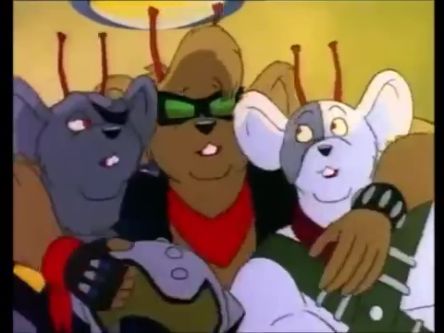 The mice were Modo (the grey one), Throttle (the tan one), and Vinnie (the white one). As well as their motorbikes, they also had some enhancements, including a bionic arm. The show begins when the mice have to leave their home planet because of a war with the Plutarkians, they crash-land on Earth at a sports stadium in Chicago, and that’s where most of the stories happen.

The main human character in the show is Charley Davidson, who is a mechanic and seems to think nothing of working alongside this unusual trio. The main villain is Lawrence Limburger, who is actually a Plutarkian in disguise. With his team including Dr Karbunkle and Greasepit, they invent all kinds of strange gadgets to try and defeat the mice, but they always come to the rescue. And if half the buildings in the city get blown up in the process, then that’s just the small price that everyone will have to pay. 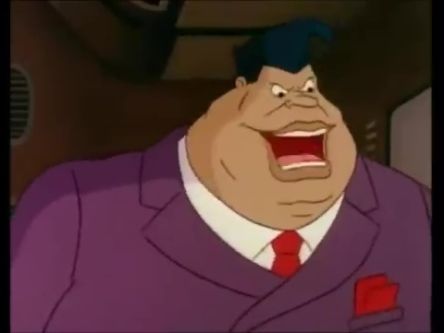 The main catchphrases were “let’s rock… and ride!” when they had to get on their bikes again, along with “what a rush!” when they finally saved the day. There were 65 episodes of Biker Mice From Mars in three series, and they were shown as part of Channel 4’s weekend morning strand for younger viewers in the mid-90s, I don’t think that it was ever shown on CBBC or CITV though. Although they didn’t gain as much popularity as the Turtles, the show was still enjoyed by many people, including myself. 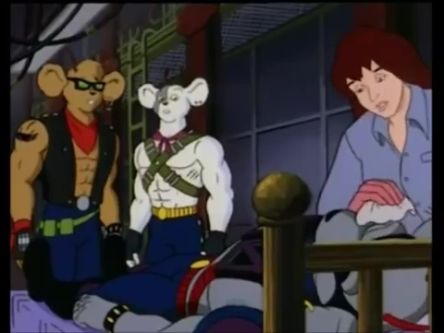 There was also plenty of merchandise. I had a pad with some of the characters on the front (and indeed I still have it, unlike most TV-related things that I collected when I was younger), and I also had a rug. Along with this, there were also some computer games, tapes, and comics, all of the usual things really. The show ended in 1996, but somewhat inevitably, about a decade later, there was a revival, including a feature-length special and 28 more episodes, as our biking heroes returned to the screen.