This is yet another animated show that was on CBBC in the late-80s. It featured stop-motion animation, and I couldn’t help but notice when watching again recently that the character design was rather similar to the other CBBC shows Bertha and Postman Pat, so it was no surprise to discover that it was made by the same people who were behind those successful shows.

And because of that, that means that this is another show where the character’s mouths didn’t move as they spoke, I don’t know why I now seem to find this so creepy. Charlie Chalk was a show that had a rather groovy piece of music during the opening sequence that explained the idea. Charlie (voiced by Michael Williams) had a distinctive look, he always wore a red nose, and a hat that said “CC” on it. 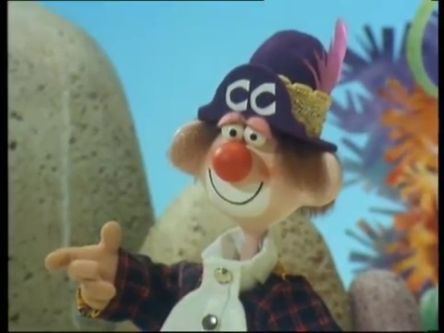 Charlie is a rather cheery clown who one day falls asleep at sea and ends up shipwrecked. He then finds himself on a strange desert island called Merrytwit and decides to build a home there. Among the characters that already live there who Charlie meets are Captain Mildred on the ship Buttercup, Mary The Hover Fairy, Lewis T Duck, and Arnold The Elephant. 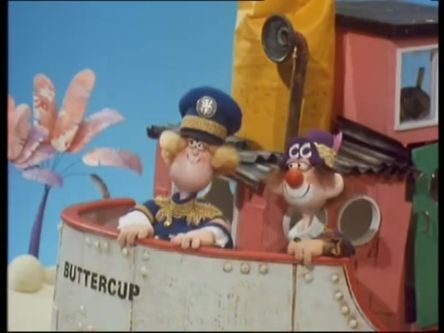 Although Charlie finds this all a rather strange experience at first, he soon makes friends with the inhabitants and decides that he would rather stay on the island than be rescued and return home. There were also several musical interludes, where the characters would sing (some of these were released on an album). Charlie also liked to do handstands and shout “whoopee!” (that was, as the opening theme said, his “funny way of walking”).

There were 13 episodes made of Charlie Chalk that were all 15 minutes long. As well as being shown on CBBC, they were also shown in the later days of the See-Saw afternoon strand, and I’m fairly sure that this is where I saw most of the episodes. They were also shown as part of Sky One’s The DJ Kat Show, on The Children’s Channel, as well as various countries around the world. Episodes were also repeated on BBC2 until as late as 2001, well a over a decade after it was originally shown. 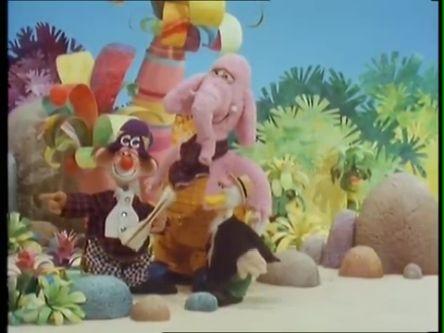 It seems that all of the episodes have been released on VHS and DVD which is good news, and there were also some books. Unlike Postman Pat and a few other shows though, there haven’t been any revivals of Charlie Chalk in more recent years, meaning that there are still only a rather small amount of episodes. So for all we know, Charlie could still be there on that island.