This is another children’s show, although it was never shown as part of the CBBC afternoon strand, as it was part of the schools shows. There were two versions of You And Me, the first of which launched on BBC1 in the mid-70s, but that was long before my time. When schools shows transferred to BBC2 in 1983, the show was relaunched with a new format, and that is the version that I remember.

The first big change about this version was that the theme music was by chart-topping group UB40. Also, two new puppet characters were introduced, who were Cosmo and Dibs. Cosmo had a north-east England accent and green hair long before Edd The Duck came along, while Dibs had white hair, and they lived on a market stall, although they never seemed to sell that much. 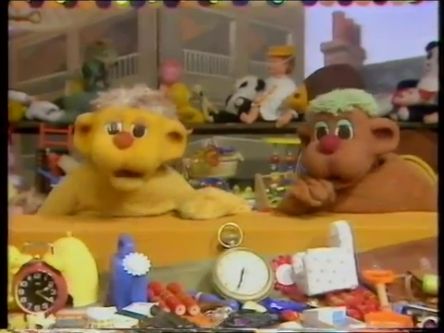 There would also be an adult host who changed rather frequently, but over the years these included Jeni Barnett, Harry Towb (who also appeared in The Day Today), and Gary Wilmot. You And Me was a show that was groundbreaking in children’s TV in many ways as it went well beyond the usual idea of only teaching literacy and numeracy to young viewers, it also dealt with a lot more, such as learning about how and why various things happen in the world. 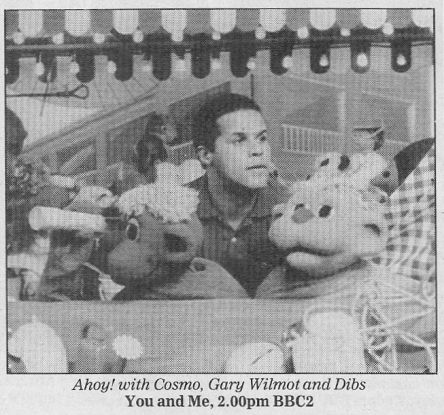 These included things such as social skills like decision making, visiting the library, or finding out what happens in a hospital. There were also things touched on like how to communicate with people or deal with bereavement, and the day that Jeni’s guinea pig died is one that I’m sure will stay with many people. There would also be cartoons (usually featuring Henry The Kangaroo) and songs on various subjects. Well any opportunity to sing on TV must be taken. 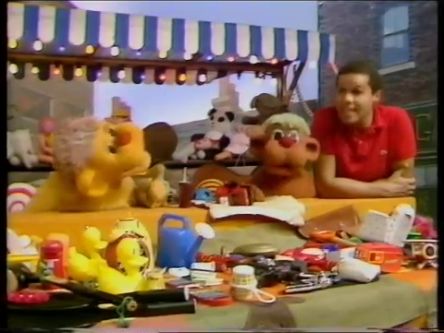 In later series, there was another slight change in the format as Cosmo and Dibs were joined by two more puppet characters who were Baxter and Spike. There were fewer contributions from hosts, but the idea remained the same. You And Me would run for almost two decades, there were a large amount of 15-minute long editions made, and repeats kept the show on TV well into the mid-90s. 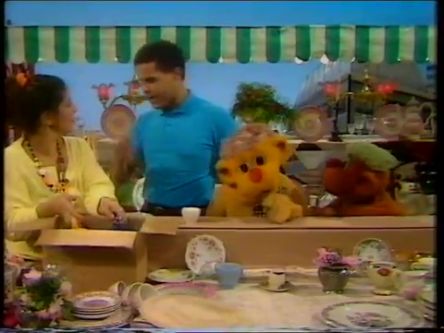 There were also some books released featuring various stories that expanded on what appeared in the show, although I didn’t have any of those. And after the original series ended, Cosmo and Dibs returned with another show where some of their stories were dubbed into various languages in their continued aim to appeal to people from as wide a variety of backgrounds as possible. 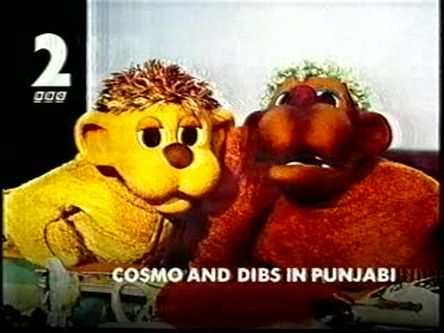