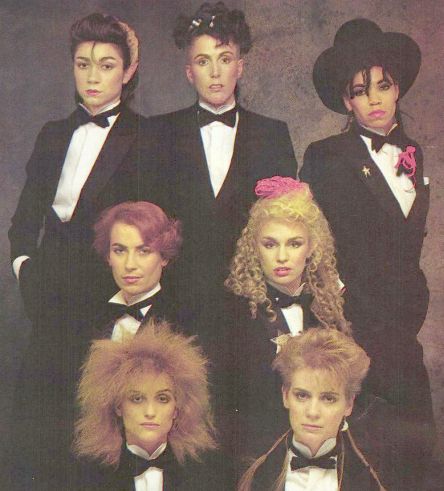 In February 1983 their first and only album “The Belle Stars” was released which reached No. 15, and they performed “The Clapping Song” at The British Rock And Pop Awards. In March 1983 Sarah-Jane (who was considered by many to be the most glamorous member of the group) appeared on the cover of Record Mirror. They were finally a big deal, could they maintain this success? 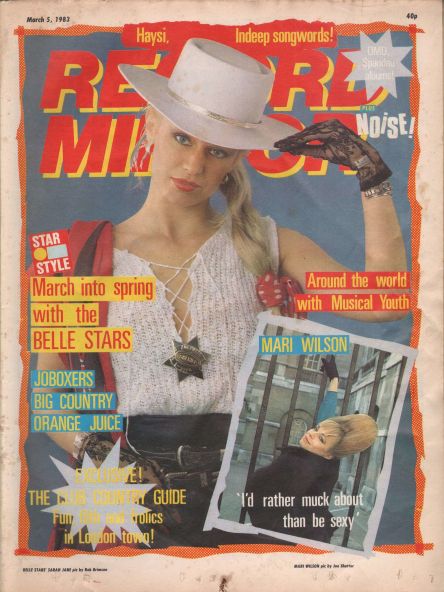 In April 1983 “Sweet Memory” was released which reached No. 22. They really pushed this one with lots of TV appearances but it would turn out to be their final Top 40 hit single. In May 1983 it would lead to their sixth Top Of The Pops appearance, and they also performed this on plenty of other shows including Cheggers Plays Pop, Get Set, The Oxford Road Show, Razzmatazz, and Saturday SuperStore.

In August 1983 “Indian Summer” was released which reached No. 52. This was another good one, but it missed the Top 50. The video featured a guest appearance from Humphrey Bogart (not the Humphrey Bogart?!). They also appeared on The Main Attraction and the Saturday Morning excitement of No. 73 (which I imagine was an ambition of many pop groups around at the time).

In October 1983 “The Entertainer” was released which reached a rather disappointing No. 95. Feargal Sharkey made a guest appearance in the video. They performed this on No. 73, Razzmatazz, Russell Harty’s show, and Hold Tight, on the scary-looking stage that went up and down. In December 1983 they made their seventh and final appearance on Top Of The Pops to perform “Sign Of The Times” for a third time as part of the Christmas special. 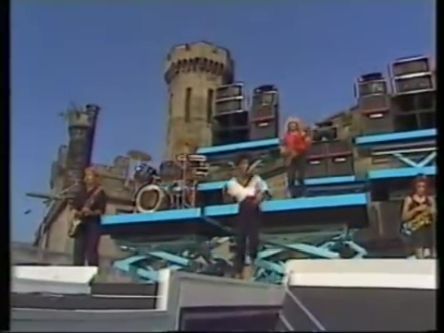 In June 1984 “80s Romance” was released which reached No. 71. Their sound had evolved a lot by this point and this was a much more soulful single. Along with the regular video there was also an extended version that included a look behind the scenes. However, the trends were so fast-moving in this era of pop music that this turned out to be their final hit single. Barely a year on from their biggest success, they were now, as the phrase goes, “down the dumper”. Because there wasn’t much interest, work on the second album was abandoned, and The Belle Stars went their separate ways. But wait, because the story doesn’t end there…

The Belle Stars just about carried on into the mid-80s, but they were now a trio, consisting of Lesley, Miranda and Sarah-Jane (I think Miranda and Sarah-Jane were the only ones who lasted the whole course from 1979-1986). In April 1986 “World Domination” was released. Once again, their look and sound was rather different from a few years earlier, there were definitely no saxophones on this one (maybe they just wanted to be more like Bananarama, ha-ha). 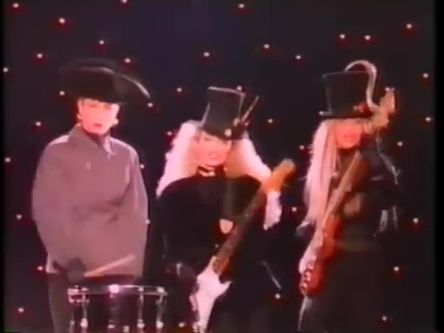 I did like this one, and it is rather odd to think that this is (just about) the same people that made “Let’s Do Rock Steady”. I am also rather fond of the video (and the 12″ version), but music fans had long since moved on, this wasn’t a hit, and even a Paul Hardcastle remix couldn’t give it a boost (it’s also curiously absent from the various best-ofs). Work on the third album was abandoned, and by this point, it really was all over. I’m not even sure if they remained in the music industry after this or stayed in touch with each other. But that’s still not the end. 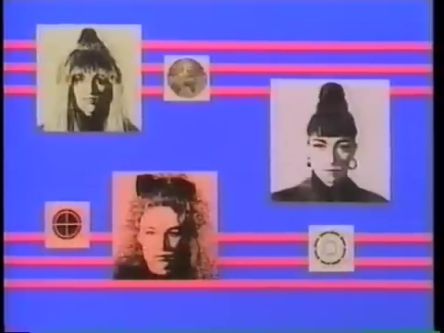 In March 1989, long after it was originally released (and long after their split), a new version of “Iko Iko” became their biggest hit in America after it was featured in the soundtrack to the film Rain Man, and it reached No. 14. In June 1989 this version reached No. 98 in the UK. Beyond a few best-ofs (and a concert at London’s Marquee Club from 1984 being released on DVD), there hasn’t been much activity from the group since this.

But in December 2002 my mum and sister went to a Here And Now concert at the London Arena, where pop acts from the 80s performed some of their biggest hits, and The Belle Stars were on the lineup. Their peak was almost two decades ago even then. Again, they consisted of a trio, but I’m not sure if any original members were even involved, they could’ve been anyone by this point.

They performed only three songs, and of course “Sign Of The Times” was one of them, they didn’t really have much choice. It’s a shame that a lot of people think that they were mismanaged, but I presume that they are are all still out there somewhere, and Jennie does still occasionally perform her songs from The Belle Stars years in concert. As usual when looking back at this era, it’s a surprise to realise they must all be getting on for 60 years old by now (and it seems that Sarah-Jane this year actually turned 65!). How is it even possible.