One thing that I watched over the years but not written much about on here yet are TV shows about TV. These include BBC1’s Points Of View and Channel 4’s Right To Reply. But although I have been a regular viewer of both those shows, they can go from being insightful to rather irritating at times, so instead I thought that I would look back at something a little different.

TV Weekly was a show that ran in a daytime slot in the early-90s, and you can probably guess the frequency of how often it was shown. It was sort of a TV magazine come to life, and the original host was Anne Diamond. There were plenty of features, that mostly seemed to consist of interviews with cast members of Australian soaps (something that rather congested ITV’s daytime schedule at this point). 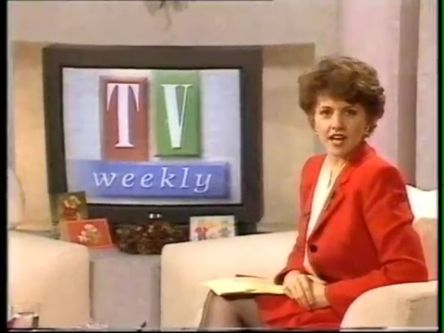 But there would also be lots of other features including behind-the-scenes looks at various shows (plus news and the latest ratings), and occasionally how TV worked in over countries. One of my favourite features was TV Replay, where Barry Took (who I don’t think I realised at the time had hosted Points Of View for several years, and was also a successful comedy scriptwriter) looked back at the TV of a particular year (this was when such chances to see archive TV were few and far between as it was before the launch of DVD boxsets and UK Gold-style channels).

TV Weekly was a TVS Production for ITV, one of the companies that lost in the 1991 franchise round, the fallout of which was covered in one edition (Took also looked back at the previous franchise round from the early-80s when Southern and ATV were among those that left the screen). When TVS was planned to leave ITV at the end of 1992, what would the future of the show be? 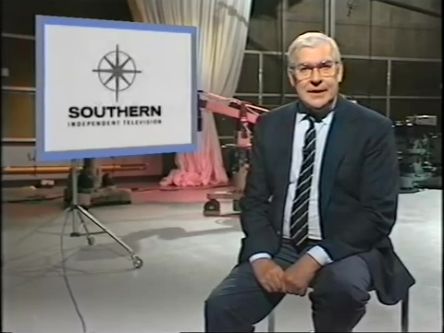 Well it did continue, although now it was produced by TVS’s successor Meridian, and the new host was Eamonn Holmes (who had hosted the similar BBC1 show Open Air in the 80s). The mix of features and guests stayed the same really, and I remember always looking forward to discovering what TV personalities would turn up, especially if there was going to be a feature on advertising, children’s TV, game shows, or sitcoms. 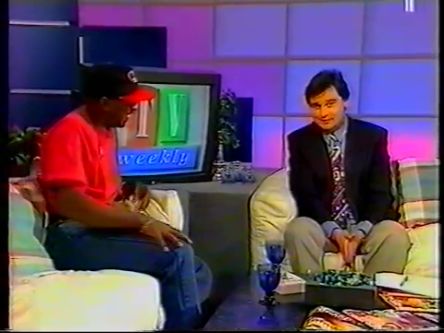 There were also some competitions where viewers could win some great prizes, and the TV Replay feature became popular enough with viewers for there to be at least one spin-off book released looking back at the history of television. TV Weekly finally came to an end by the mid-90s (it doesn’t even have a Wikipedia entry), and ITV haven’t really done anything similar since which is rather disappointing.