In 1992, CITV launched the Saturday Morning show What’s Up Doc, which became popular with viewers including myself because it featured a range of rather bizarre characters (and no I don’t mean Andy Crane and Pat Sharp). Among the most popular were the smart-talking wolves known as Bro And Bro, who liked to eat children, and in 1993 they got their own spin-off series in the CITV afternoon strand called Wolf It.

Bro And Bro were voiced by Don Austen and John Eccleston, who was a regular on children’s TV around this time. He was also a host of CITV’s The Disney Club, and he managed to put up with Peter Simon for one series of CBBC’s Run The Risk. Among his other puppetry and voice work were the leprechaun characters Sage And Onion on CBBC’s Live & Kicking and Scratch And Sniff on CITV’s Ministry Of Mayhem. 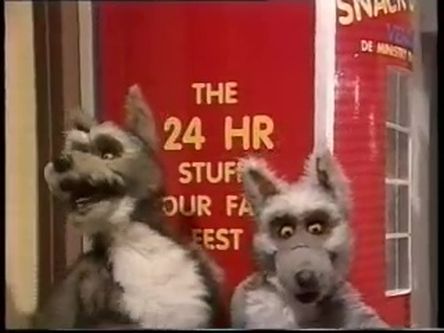 Wolf It was a show that featured a lot of sketches (set in schools, hospitals, shops and so on) plus some cartoons, usually ones from Warner Brothers starring the likes of Bugs Bunny. It’s probably not that much of a surprise to realise that a lot of the sketches were rather bizarre, as the brothers tried to outdo each other. The first series was set at the old TVS studio (which had left ITV by this point), maybe they were the ones responsible for the archive becoming mislaid. 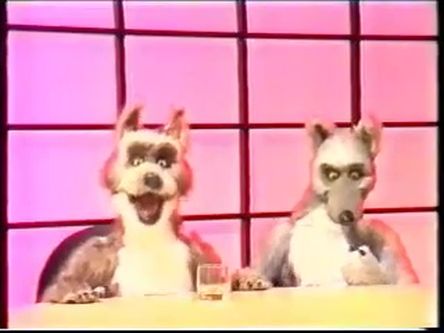 There were also a few guest stars who took part, including that guy off The Big Breakfast, and someone off EastEnders. There were a few changes in the later series, including the subtitle The Nexxxt Generation being added. Some editions also ended with a pop act performing their latest single, which seems a rather unlikely place for such a thing to happen, but I suppose they had to take any opportunity they could to appear on TV. 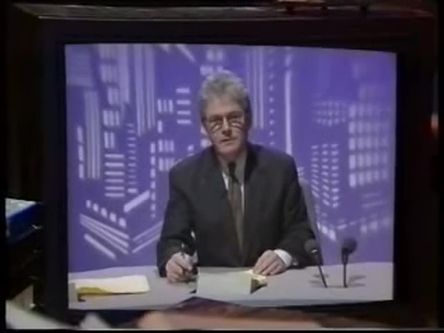 As this was the mid-90s, I was into pop music around this time, but some of the acts I don’t remember at all, including a female duo called Diva whose single was a cover of A-Ha’s “The Sun Always Shines On TV”. Someone must’ve bought it I suppose. Also appearing was Peter Andre with “Mysterious Girl”, which would become a chart-topping single almost nine years later, so I’m sure the brothers were very proud of featuring this long before it came big. 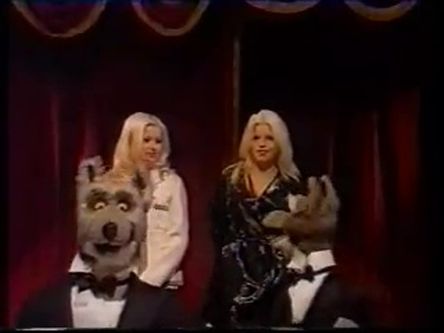 Some episodes (not containing the cartoons) were also released on VHS, but I didn’t have that. Wolf It ran for four series, with the last of these in 1996, meaning that it actually outlived What’s Up Doc by over a year. The combination of the sketches, cartoons and music meant that this was definitely an entertaining show that was always worth watching.

One thought on “CITV Memories – Wolf It.”