Following on from King Of The Castle, here’s another half-an-hour game show that was on Carlton in a daytime slot in the early-2000s that I remember watching, there isn’t a huge amount about it online though. It’s Anybody’s Guess was hosted by Paul Ross, fresh from the success of Mind The Gap (yes, really, although you’ll be more likely to find Paul on the radio at 1am nowadays).

It’s Anybody’s Guess was a show that featured questions with rather difficult answers, so they could only really be estimated. Now I don’t like to use pieces to knock other recent shows that I don’t have as much interest in, but I do feel that it did the idea much better than Benchmark, a game show that flopped so badly some editions were shown on Channel 4 at 4am. 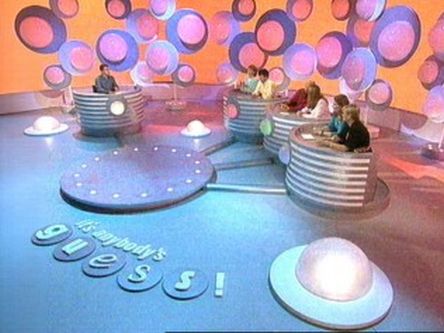 Three teams of two take part, consisting of one contestant and one celebrity. Now the level of celebrity the show featured included the likes of Toyah Willcox, Karl “you shouldn’t be scrubbing at your age, auntie!” Howman, and Will Mellor. Would they be able to help out their teammate? A question was asked such has having to guess a year, and the range which featured the answer somewhere appeared on the screen. 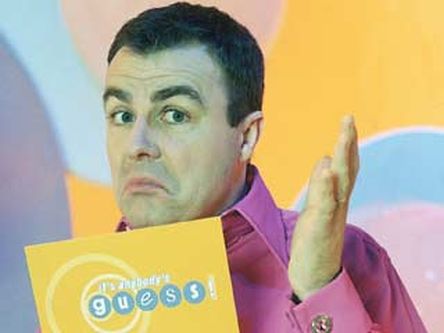 The teams had a little circle, and had to place it where they thought the answer would be. Most of the fun came from this part as the teams sometimes had trouble agreeing on their answer. If no team gets their circle into where the answer was, whoever was closest scores five points. If a team does get their circle into the answer, they score ten points. But in the unlikely (but possible) event they get the answer spot-on they score 15 points!

Another round would be where people were surveyed on a question, and some of the responses would be shown (although this would be a mix of responses, so it wouldn’t give away the answer). They would have to guess what percentage of people gave a particular response to the question. After about seven questions, the highest-scoring team progresses to the final. 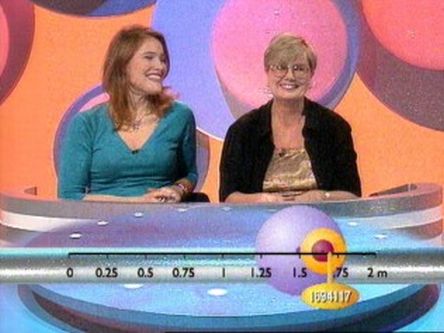 In the final, they have to make one more guess, and this time they have three circles that they can use. A big blue one, a medium orange one, and a small pink one. Wherever the correct answer is determines what they will win. So if they can get it in the pink zone, it’s plenty of fancy prizes for them. There was only one series of It’s Anybody’s Guess, but it was rather enjoyable, and I definitely think it had enough ideas to have run for at least one or two series more and build up a decent following from viewers.