A while ago someone recommended that I should review The Riddlers. Well they are in luck, because I have planned to review that show for a while, and it’s about time that I finally did it. The Riddlers was another one of those shows in the CITV “for younger viewers” strand, starting out with 15 minute-long editions, before surviving the timeslot change for that strand in 1993, although it meant that editions were now reduced to about eight minutes.

This is another one of those shows that I watched regularly when I was younger, and I didn’t realise that it ran for about a decade. The Riddlers was a show that featured puppets, along with plenty of regular human characters too. The theme music was by Neil Innes who had also worked on the CITV show Puddle Lane (that I reviewed recently).

The main characters were Mossop and Tiddler who lived in a garden. Mossop had bright red hair and was the older and wiser of the two. Tiddler was younger, and in later editions her name changed to Tiddlup. I was never really sure why at the time, but it seems that it was because as the years passed she learned more about the world and her knowledge increased, so presumably she was able to “level up” like they do in computer games or her way to becoming a fully-fledged Riddler. 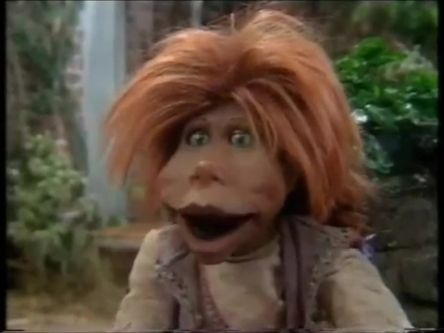 These two were very curious and were always trying to work out the riddles about how people lived their lives and also seemed to have the magic ability to appear out of nowhere. Among those who helped them were the human characters Marjorie and her neighbour Mr Grimley the gardener and odd-job man who seemed to have a very cheery outlook on life. Marjorie’s sister Monica also occasionally appeared. 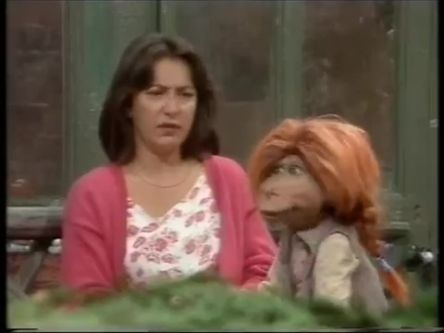 As the years passed, more characters were introduced to The Riddlers, including Mossop’s grey-haired brother Glossop who told stories. I’m not sure how many others there were though, maybe Dossop, Fossop and Hossop were in his family too. Most of the episodes were made on location, and there was also often the opportunity for a song, whoever thought that was a good idea really is a riddle.

Eventually there were over 200 editions of The Riddlers made in nine series, and one indication that it remains a fondly-remembered show was when it was seen worthy enough for one edition to be included as part of CITV’s Old Skool Weekend in 2013 that I’m sure was very well received. There were also several editions released on VHS, along with plenty of books too.