This is a children’s programme I remember watching that was shown on Channel 4, usually on Sunday afternoons. It was rather weird to say the least. Pob’s Programme was one of the first shows to be made by Ragdoll Productions, which although it went on to make many TV shows over the years is best known for Teletubbies, and even that one seems straightforward by comparison.

That means that this is a show that is rather hard to describe, but I’ll have a try. Firstly, the main character in the show was Pob, a puppet who had pink hair (not blue hair unfortunately but it was still rather good). Pob also had big ears, big lips, and wore a pink-and-yellow striped jumper. It was made to look as if Pob was actually inside the television, and the most memorable part of the show for many people was when Pob made some condensation on the screen and then wrote out his name. 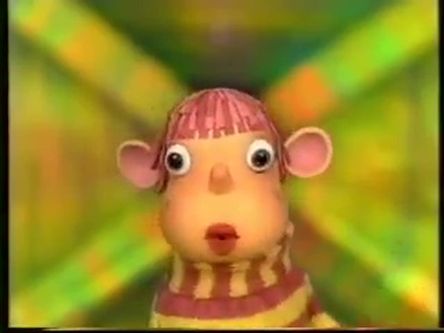 There was a lot more to Pob’s Programme than that though. Also featuring were cartoons, and these were rather odd too. There was a magic box that would be opened, music instruments would be played, and we were shown how to make something, usually using only a few pieces of paper and some pens. Lots of young viewers also sent in their drawings of Pob that were all stuck on a tree, I’m sure that Pob was thrilled by all the attention. 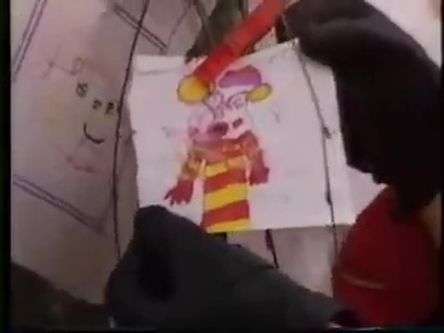 The main part of the show though was when a celebrity such as Spike Milligan would tell a story. What had they let themselves in for. They wouldn’t meet Pob though, they would be outside in the garden, and have to spot the clues and fill in the blanks that would lead to revealing what the story would be about. During all of this, Pob would feature in some odd interludes, usually with a bear, although there were many other things. Pob also made some rather strange noises that did remind me a little of Pingu at times.

There were 82 editions of Pob’s Programme made, and once again, as Channel 4 were known at the time for making quirky shows, this was definitely one of them. Even the end credits were rather unusual, as we were invited to join Pob’s fan club, but I don’t think that I ever did though. There were also some books released that would help children with their reading, because Pob’s nonsensical ramblings didn’t. Some editions were also released on VHS, but I don’t think that any have been on DVD. 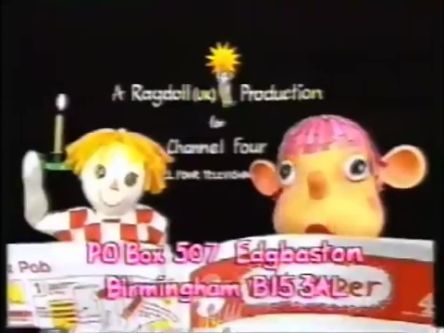