A very long time ago, when I was about three or four years old, my parents put together for me a tape of children’s shows that they recorded off the TV. Presumably this was because I liked all of them, but some of the shows on the tape I don’t really remember being particularly fond of, including a tatty old cartoon shown on CBBC called The Kwicky Koala Show.

Among the other shows on the tape though was one that I definitely do remember enjoying. It’s yet another one from the “for younger viewers” CITV strand, shown in the afternoon. Puddle Lane starred Neil Innes. Now I didn’t realise it at the time but Neil was someone who previously had success as a musician who made lots of comedy songs, but having become tired of that after a while he decided to have a go in children’s TV. Some considered this a step down in his career, but not my young self. 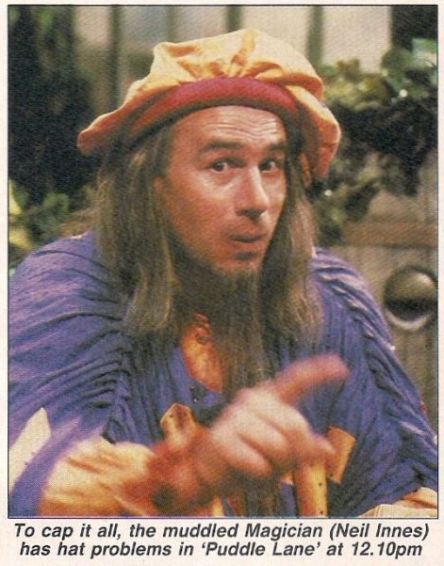 Puddle Lane is another one of those shows that has an fascinating idea that stays with you. Innes starred as The Magician who always wore a sparkly hat. But he wasn’t the only regular. He was assisted by a green puppet dragon called Toby. Other regular characters included Auntie Flo, along with a snake and a hamster. When The Magician sneezed, Toby would appear out of nowhere, much to everyone’s surprise. 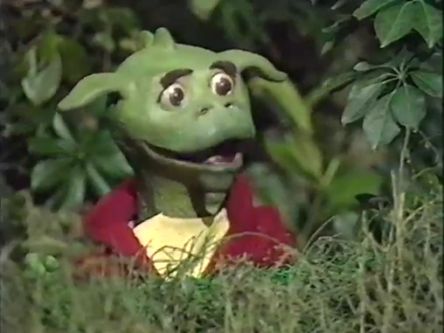 One of the highlights of the show for me involved the birdbath. The Magician would make a story appear by turning the puddle in the birdbath all sorts of different sparkly colours, and the camera would also zoom in and the picture would go out of focus as the lights went down and a strange bleepy sound effect played. He would also do a magic rhyme (with help from a talking barrel) and clap his hands, and (unsurprisingly given Neil’s musical talent) there would be plenty of opportunities for a song too. 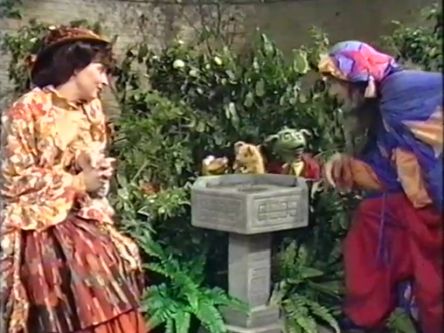 There were over 100 15-minute editions of Puddle Lane made in four series. One edition was repeated as part of the CITV Channel’s Old Skool Weekend in 2013 which was very well received by viewers. Innes was also involved with cartoon The Raggy Dolls, another fun show that was on CITV around the same time (and I plan to review that one soon too). 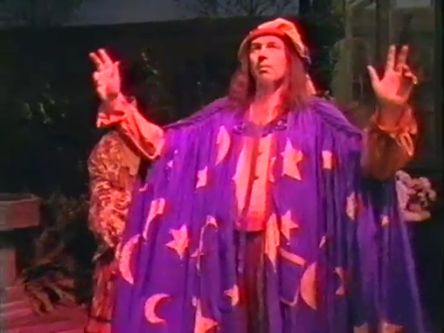 Most of the Puddle Lane merchandise was books. Over 50 were published featuring various stories, they were designed to help children of various ages with their reading, although I don’t remember having any of them myself. There were also a few editions released on VHS. I’m still fond of Puddle Lane all these years on, thanks to that tape which was just about where my interest in TV began.