This is another one of those CITV shows that was usually shown in the “for younger viewers” strand, along with the likes of Allsorts and Rainbow. I remember watching the earliest editions in the 90s that were 15-minutes long and shown after This Morning. It continued long after I stopped watching CITV though, eventually running for a decade and having three different hosts.

Rosie and Jim were two dolls. Rosie had a bag, and Jim had a book. They lived together on a narrowboat called The Ragdoll (which was also the name of the production company, was that a coincidence or not? Ragdoll later went on to produce Tots TV and the huge success of Teletubbies). Also featuring was a duck character who liked to quack a lot and sing along with the theme music (well it was very catchy).

Another thing I remember from the opening sequence was that Rosie and Jim liked to play the concertina and kiss each other a lot. There was also one regular human character on the show. For the first two series this was John Cunliffe (who also co-created the show, along with that other popular children’s show Postman Pat that I plan to review soon) who travelled around the country on the Ragdoll.

John would begin by getting out his sketchbook, and then he would take his two blue pens and draw the canal that The Ragdoll was visiting on that day. There would then be a sequence that featured John discovering more about an activity. But what he didn’t realise was that Rosie and Jim were watching too! They were both rather curious about the world. They would also be featured in some animated sequences, along with some songs. 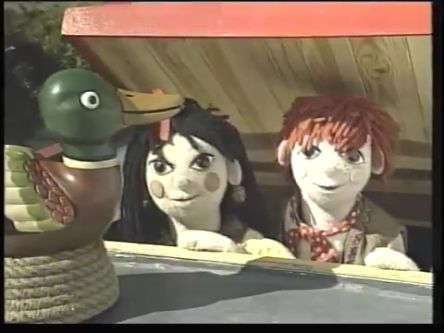 When John returned to The Ragdoll, Rosie and Jim had to get back into their position quickly so no-one would realise that they had come to life. They always managed to get back just in time. I can only wonder what would’ve happened if John saw them, it might be rather awkward. Neither of them seemed to know the name of John either, because they always called him “fizzog”. John would then conclude the show by finishing their sketch, and tell a story about what he had seen. 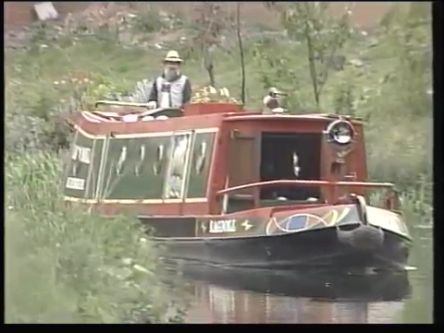 For the third and fourth series (by which point the show had been shortened to 10-minute editions), the host was Pat Hutchins who was also a children’s illustrator. For the fifth to eighth series, the host was Neil Brewer who played various instruments. After Rosie and Jim came to an end after almost 175 editions in 2000, there was also a stage tour, although editions were repeated on CITV until 2004. There were also lots of episodes released on VHS, although I don’t remember having any of those.

One thought on “CITV Memories – Rosie And Jim.”