This is another CITV show from the 80s that I don’t really remember watching at the time, but I have heard a lot about it, and once again I thought that it was interesting enough to feature here. This is because Razzmatazz is a music show that launched in 1981, and as a lot of people now consider the early-80s to be a golden era of British pop music, it was very lucky to feature a lot of groups that remain fondly thought of.

The original host of Razzmatazz was Alistair Pirrie along with various co-hosts. In 1983 he was joined by a new co-host who was the teenage singer Lisa Stansfield. As long ago as this, Lisa was being tipped to be the next big thing in music, but despite lots of singles being released, she didn’t have much success. Then in 1989 she finally hit the big time and had a UK Number One single. 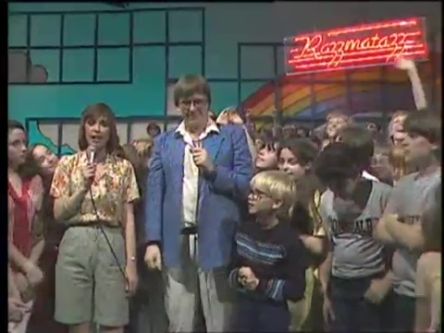 The show was described as “an all-action extravaganza”, and one feature that I liked was the flashing scoreboard in the background featuring the name of the act and the song, along with lots of creative visual effects. It makes a change from neon lights I suppose. And of course, along with all the famous acts that appeared on the show (look, there’s Spandau Ballet! look, there’s The Thompson Twins!), there were also a few that didn’t make the big time, the Top 40 could barely contain all the talent around, but as ever it’s a great snapshot of what was on the scene in those days. 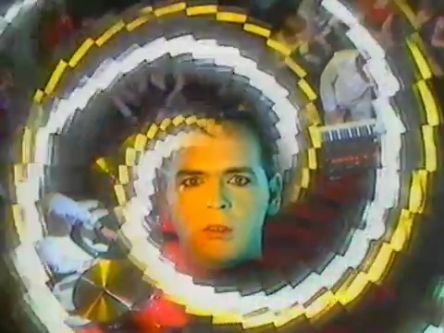 There would also be features including the fast-moving games Popscotch and The Hit Machine, but the most memorable one was Peggy Babcock where the contestant who could complete the tongue-twister in the fastest time won a prize. There was a format change for the ninth and final series, the new host was David Jensen and there were interviews, single reviews, and more emphasis on the chart. I wonder if this was in preparation for the launch of The Roxy that had the same host? 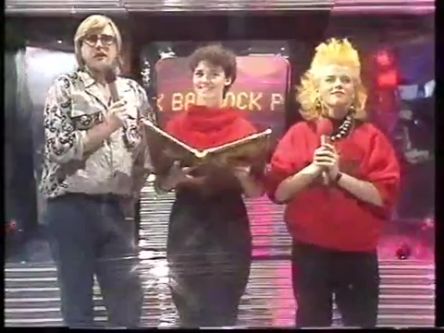 Razzmatazz is part of the Tyne Tees trilogy of 80s pop music shows, the others being The Tube and The Roxy (which I have also reviewed). I did like what I saw of the show and it definitely came across as exciting and enjoyable as anything that Top Of The Pops had to offer from that era. There were also some Christmas and New Year specials along with the regular series, but it all came to an end in 1987.

One thought on “CITV Memories – Razzmatazz.”