This is another one of those shows that I have read about but never saw at the time, but I thought it was worthy of investigating further, and there happens to be one edition on YouTube. Captain Zep Space Detective (not to be confused with CITV’s The Adventures Of Captain Zeelig) was a futuristic show that was created by Dick Hills (who was also one of the writers of the very unusual 60s sitcom The Strange World Of Gurney Slade, so that might hint that this could be something a little different).

Captain Zep (played in the first series by Paul Greenwood, and in the second series by Richard Morant), was assisted by Professor Spiro (in series one), Professor Vana (in series two), and Jason Brown (in both series). The idea was that there had been a crime committed, and his team, along with the studio audience of youngsters, had to spot the clues to help solve the mystery. 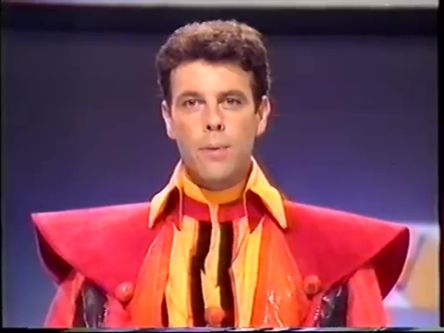 Can the day be saved? Well hopefully. There was some creative costume design in this show, with the audience being dressed the same as the cast. Of course, 35 years on from this show we now all dress like this. They were all members of the SOLVE (Space Office of Law, Verification and Enquiry) Academy, and that isn’t a contrived acronym at all. The story is then played out on the screen, so watch carefully and take notes, because there will be a lot of twists and turns. Stay alert!

The story usually takes place on a distant planet. All of the backgrounds would be illustrated, and the cast would be added into them. The cast also spent a lot of time in their spaceship trying to determine the situation, with the usual mix of flashing lights, science-fiction jargon, computers with strange robotic voices, and pressing big buttons at the convenient time. 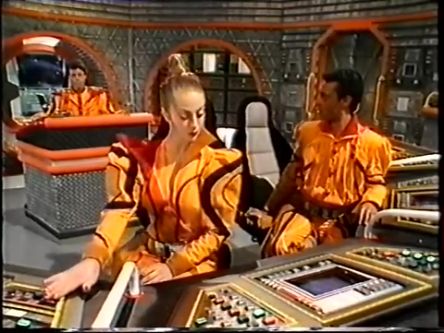 When the story had finished, there would usually be lots of questions asked by the cast, so everyone had better make sure that they had observed wisely. The audience would then be given ten seconds to write down how they think the story was solved, and the end would then be revealed. Everyone who got the right answer would win a prize of a badge.

Captain Zep Space Detective was clearly an ambitious idea and I did enjoy what I saw of it. The show ran for two series and it reminded me a little of The Adventure Game that was on TV around the same time, only with the studio audience having to solve the clues instead of celebrity panellists. I also know that the great J. Edward Oliver did a parody of the show in his TV Quiz Kids comic strip as Captain Zap Space Defective! What great times. 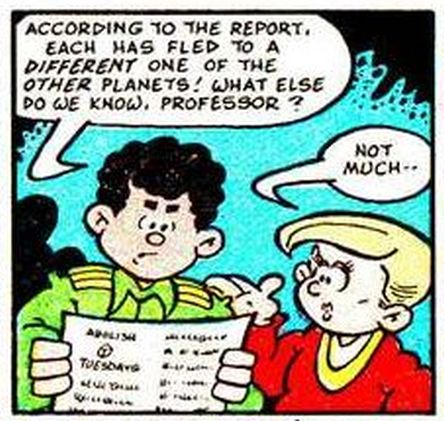