If you are a regular, you will know that I am interested in old TV adverts. Indeed, the fact that I have uploaded thousands of old advert breaks to YouTube over the years might have given you a clue. On here, I have also reviewed some old advert breaks, along with TV shows about the history of adverts. These include the VHS-only Ad Fab with John Peel, Bob’s Fab Ads with Bob Monkhouse, and The 100 Greatest TV Adverts with Graham Norton.

Another show about old adverts that I enjoyed was Carrott’s Commercial Breakdown, a look at funny adverts from around the world hosted by the comedian Jasper Carrott. A similar idea was explored in Tarrant On TV (another show that I plan to review soon). These compilations were shown about every other year as one-offs, usually around Christmas, being scheduled in a similar style to It’ll Be Alright On The Night.

The first edition began with a feature that would also appear in Carrott’s comedy sketch show in the 90s, which was some parodies of famous adverts. But Carrott would be added into the real footage of them, meaning that they would take a rather unusual twist. The set design on these shows was also great, the first edition was hosted in a kitchen. 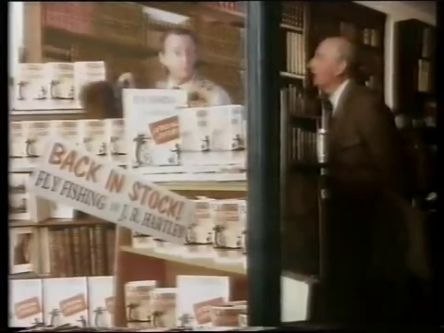 As Carrott explained, adverts will do anything to get your attention. As well as the funny adverts, there was also a look back at some black-and-white adverts that even then had long since failed the test of time, how getting a celebrity on board can help your campaign, and some foreign adverts where the message had somewhat got lost in translation for viewers in other countries. You soon began to realise why some people say that the adverts are more entertaining than the shows. 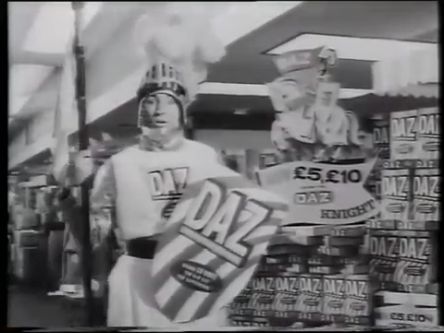 The second edition was set in a supermarket, with Carrott sat alongside a big box of Corn Flakes. Again there were some examples of rather odd adverts with their outrageous claims and bizarre ideas to try and make us part with our money. The third edition was set in a bathroom, where Carrott spoke about the growth of satellite TV, meaning more adverts and TV show repeats than ever, the new at the time phenomenon of shopping channels and infomercials, and the horror that is Mr Blobby (well, it was 1993).

The fourth and final edition was set in a sweet shop (where these sets real or not? They were very impressive). I do remember enjoying this edition, and a lot of the phrases in the adverts have remained with me all these years on. Highlights include “my head is chilly”, “a veritable Trevor trove”, “can I have a cookie, mum?”, and the classic “now how long has your sister been a refrigerator?”. 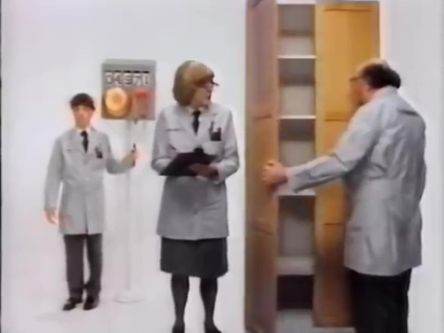 Carrott’s Commerical Breakdown was a well researched and fun show (do you remember the days when all the clips in these types of shows were in broadcast quality?), and some editions were also released on VHS. A few years later there would go on to be further editions in the Commerical Breakdown series with different hosts until as late as 2008 (along with the similar After The Break), but I do think that this was the best version of them all.