In the late-80s, what was known as the “alternative comedy” scene really began to take off on British TV. Several of the people involved were noted for their improvisational skills, making it up as they go along and gaining big laughs. In 1988 a series launched on BBC Radio 4 called Whose Line Is It Anyway? which featured various comedians, and it did well enough to transfer to TV on Channel 4 later in the same year.

Although there was something of a competitive element to Whose Line Is It Anyway?, it would be a stretch to actually call it a game show, partly because the scoring system was made up on the spot too. Every week four comedians would take part. In the early days regulars included Josie Lawrence, Mike McShane, Paul Merton, Tony Slattery, and Sandi Toksvig. The host was Clive Anderson who was always ready to push his buzzer. 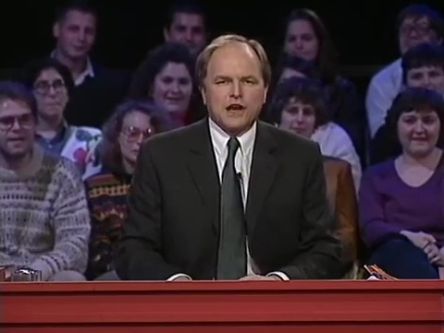 Various rounds would be played, sometimes in the style of Clive’s choosing, and sometimes it would be open to the studio audience to suggest styles. Some of the most popular rounds included the hoedown, where every guest had to perform a song, props, where various jokes would be made with an item, and party quirks, where one guest had to host a party, and have to guess what the other three’s unusual personality would be.

There was a winner declared, and they always had to read the credits in a particular style, meaning that the giggles would come right to the very end of the show. Whose Line Is It Anyway? was shown in a late-night slot, but it soon became popular enough with viewers for all of the main players to get their own spin-off shows on Channel 4, giving them a further chance to show off their skills. 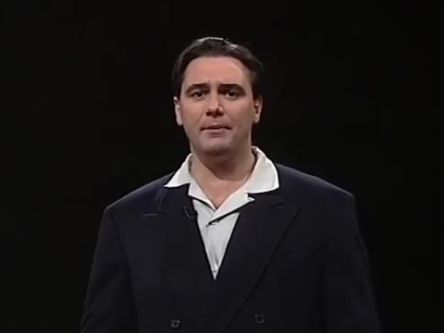 These included Josie Lawrence’s sketch show Josie, Slattery and McShane’s sketch show S & M, Toksvig and McShane’s sitcom The Big One, and Paul Merton’s sketch show The Series. Even Anderson got his own show with Clive Anderson Talks Back. After a few series, a second wave of popular performers from across the Atlantic joined the show, including Colin Mochrie, Greg Proops, and Ryan Stiles. 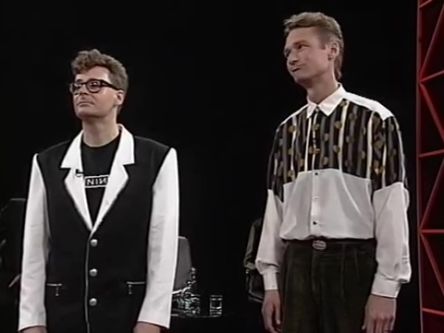 As well as the regular editions, there were also some best-ofs shown, along with a few editions made in America. There were ten series made of Whose Line Is It Anyway?, but only the first two have been released on DVD, it would be good if the rest were. About a decade ago some series were repeated on Dave, and the long-running American version has also been shown in this country. In the past couple of years the format was revived for a stage tour across the UK, with most of the original performers reuniting to take part.