This is a 45-minute daytime game show that was shown on BBC2 after the departure of The Weakest Link. The rules did seem to be a little complicated at first, but the basic idea was would you work together as a team to try and win a share of some money, or go it alone for the chance of winning a bigger amount of money all for yourself. Breakaway was hosted by Nick Hancock.

Firstly, the set design is impressive, the centrepiece is the track on the floor that is split in 30 parts (one for every question). Six contestants take part. There are questions asked on seven categories (that can be taken in any order) at first, and this changes to general knowledge for the end stage. They stand on the first space and are asked the first question (with a little help from Nick’s friend ERIC), and have 15 seconds to answer.

They can confer, and if they think they know the answer, one of them steps forward, and then they discover if they were right. The studio turns green if they are, and red if they aren’t. This is a nice effect, but practically every game show uses it now and it has become a little cliched. There are three questions in every category, and Nick will constantly remind them how much money is on offer.

There is an opportunity before the first question is even asked to breakaway, and this can be done by pressing a button. This means that instead of giving answers together for £100 each, they can answer the questions individually without any help for £300. If they get to the end, they are given a bonus £1,000, meaning that the most that one contestant can win is £10,000. 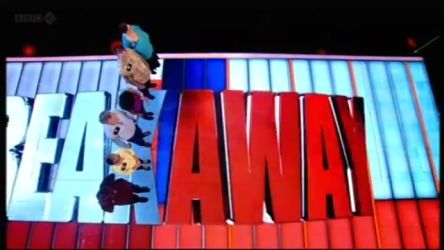 So the earlier you breakaway, the more you can win. The categories on offer could tempt someone. There are five seconds for anyone to buzz if they want to do this (I think at least one contestant tried this tactic, and got a long way down the track, leaving their ex-teammates way behind, but then they got one wrong near the end, so the others all had to walk along as they were suddenly back in play). 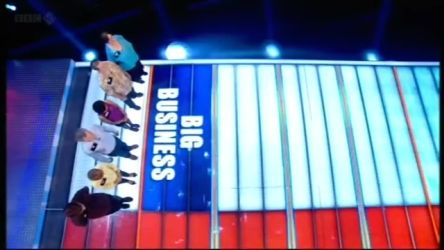 At the end of the category, there is a chance to win a life. There are five of these on offer. A “who am I?”-type question is read, and it is on the buzzer. Get it wrong and you are frozen out, get it right and you get the life (which magically appears on their name badge), and it was possible for contestants to steal one another’s lives, but this was changed in series two to if you get a question wrong there is a chance for the money to stay in the game if a contestant buzzes in to sacrifice a life. 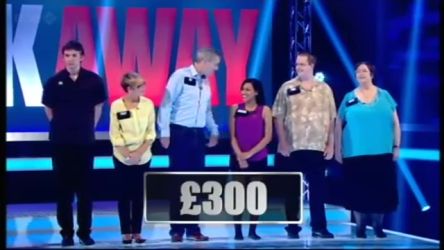 When someone does breakaway, they have the option to take a teammate with them, although they can turn this offer down. They will share the money but it reduces their chances of elimination. If they get it wrong though, and they have run out of lives, one of them has to leave. For the final stage of the game, all of the questions are on general knowledge, and there are now 30 seconds to confer.

There is one final chance to breakaway on the penultimate question which can make things rather tense. There is a tactic where a contestant can have a teammate, and then deliberately get questions wrong near the end to eliminate them and take the money for themselves. There have also been scenarios where people have cocked-up with one question to go, leaving one remaining contestant to win £100. There have also been games where all the contestants were eliminated before the end, meaning nobody won any money at all.

And the end of the series the highest-scoring contestants returned for a champions special. There were also some changes made in the second series, such as 25 questions being asked instead of 30, and fewer categories and lives on offer. It took me a while to warm to Breakaway, but I did find it interesting once I understood the show’s strategies and it seemed to get a positive response from viewers. So it was rather surprising that after two series, it didn’t return, just when I thought that there was the good chance of it becoming a long-runner. 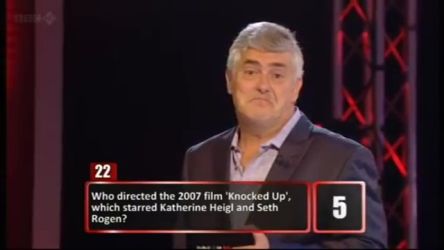 When you pitch a game show to a TV company (something that I haven’t ever done), I presume you have to consider things like, how long will it take for all the scenarios to be covered? Is there enough variation for it to run for over 1,000 editions? Will it be popular enough to be repeated on Challenge until the end of time? I feel that Breakaway had more potential than most shows of this era to fulfil these criteria, but BBC2 didn’t.