Here’s the story of how I came across this one. Not long after I started doing this blog, someone contacted me and asked if I was planning to review Educating Marmalade. I said that I wasn’t because I had never seen it, “before my time” and all that. They seemed to be rather surprised by this, as if they thought that I knew about every 80s and 90s TV show, which is something I should be flattered by I suppose.

The only clip that I was familiar with was where Charlotte Coleman (who would have been 50 this year) hosted a month of Children’s ITV in character (just about) in April 1983, and caused something of a stir in the comments section because she called someone a “schmuck”. After I discovered that both series had been released on DVD, I thought that I might as well give it a try.

The character of Marmalade Atkins was created by Andrew Davies, who first appeared in a series of books before coming to CITV in 1981 in a one-off 25-minute show called Marmalade Atkins In Space as part of the Theatre Box series. I hoped that the episode would feature some random red-haired women and now rather bad-looking special effects, and I wasn’t disappointed. I thought to myself, this has the potential to be rather interesting.

The first series of Educating Marmalade launched on CITV in 1982, and the theme music was provided by Bad Manners. Marmalade Atkins can be described as the worst girl in the world, and every edition began with a “bad girl warning”. She has been expelled from every school that she has ever been to. Every week social worker Mrs Allgood sends Marmalade to a new school, much to the despair of her long-suffering parents (Mr Atkins was played by Rory Bremner’s mate John Bird). 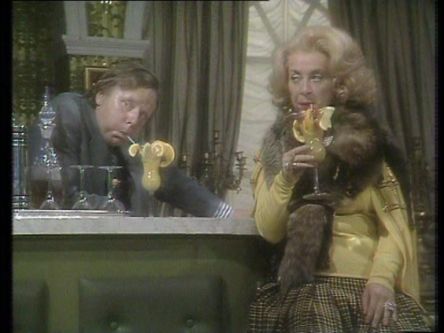 In the first episode Marmalade attended Cringe Hill (a parody of CBBC’s Grange Hill), and among the unruly pupils was future Lananeeneenoonoo member Kathy Burke. Also appearing in a few episodes as a schoolgirl before they were famous was Julia Sawalha. Most episodes ended with an exasperated teacher saying “Marmalade Atkins… you are expelled!”.

Marmalade also had some personality quirks, such as having a blonde streak in her hair about 15 years before that woman from Friends, reading comics including 2000AD and The Beano rather than get on with any work, she had a talking puppet dog in her bedroom, and she was also rather fond of addressing everyone as “cock” (is this why it received a 12 certificate despite being shown on CITV I wonder?). The show was popular enough for there to be a second series with a slightly different format… 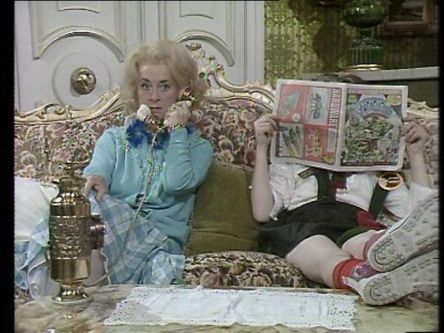 For this series, Marmalade had now left school and had a new social worker who was Wendy Wooley after Mrs Allgood had finally had enough. Marmalade remained a total menace and every week she would have a different job such as a chef, spy, air stewardess and so on. There was also an episode where she joined the army which featured a guest appearance from Windsor Davies practically playing the same character as he did in sitcom It Ain’t Half Hot Mum. 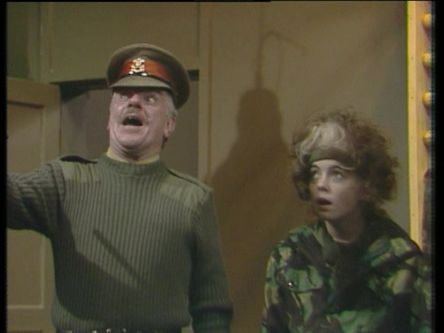 One of my favourite episodes in this series was a parody of Fame, set at the New York School For Show-Offs And Big Heads, which featured some song and dance routines, and among the cast was Danny John-Jules (about five years before Red Dwarf), and future Blue Peter presenter Michael Sundin. For this series Marmalade also sang the closing theme (“jobs, I’ve had a few, and most of them, were pretty grotty-ah!“).

21 episodes were made altogether (and were a Thames production for ITV) and they have all been released on DVD by Network, the only extras included though are photo galleries. Along with the books, there were also some annuals released in the 80s that celebrated “television’s horrible heroine”. This series definitely had a lot of amusing and anarchic moments, it was good seeing lots of guest stars joining in, and I enjoyed it a lot.

One thought on “The Comedy Vault – Educating Marmalade/Danger – Marmalade At Work.”